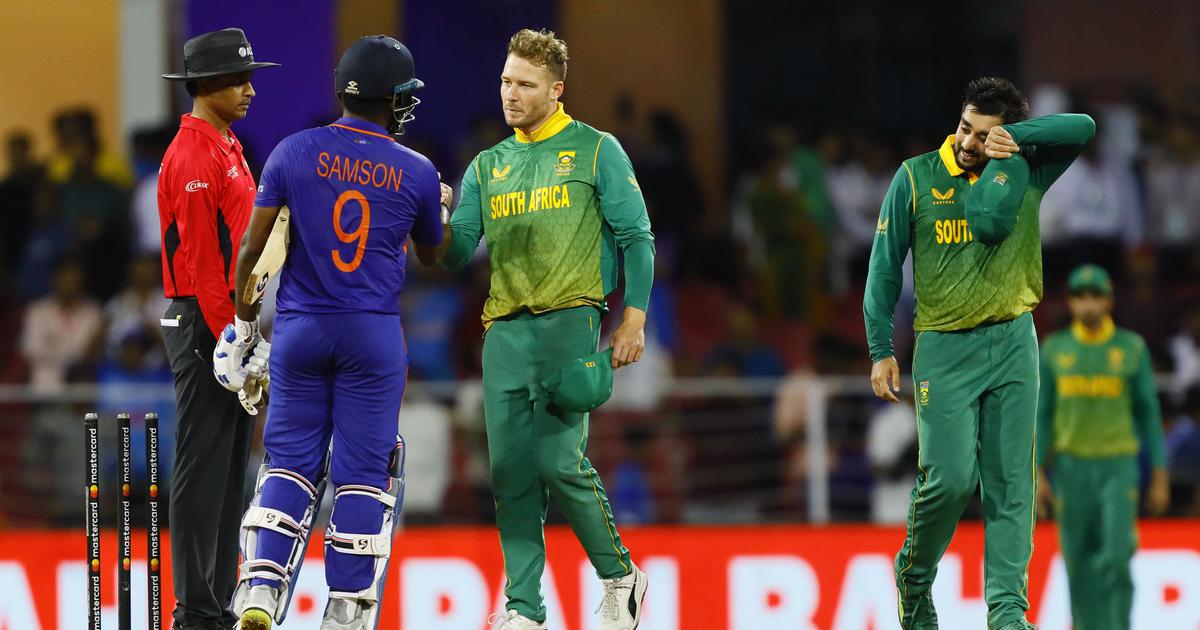 Invited to bat, South Africa posted 249 for 4, riding on fifties from David Miller (75 not out) and Heinrich Klaasen (74 not out) and Quinton de Kock’s 48 after the match was reduced to a 40-over-a-side affair due to wet outfield.

While Samson was the top-scorer for the hosts, Shreyas Iyer hit 50 off 37 balls.

Among the Indian bowlers, Shardul Thakur took two South African wickets, while Ravi Bishnoi and Kuldeep Yadav got one each.

We gave away too many runs, fielding too wasn’t great: Shikhar Dhawan