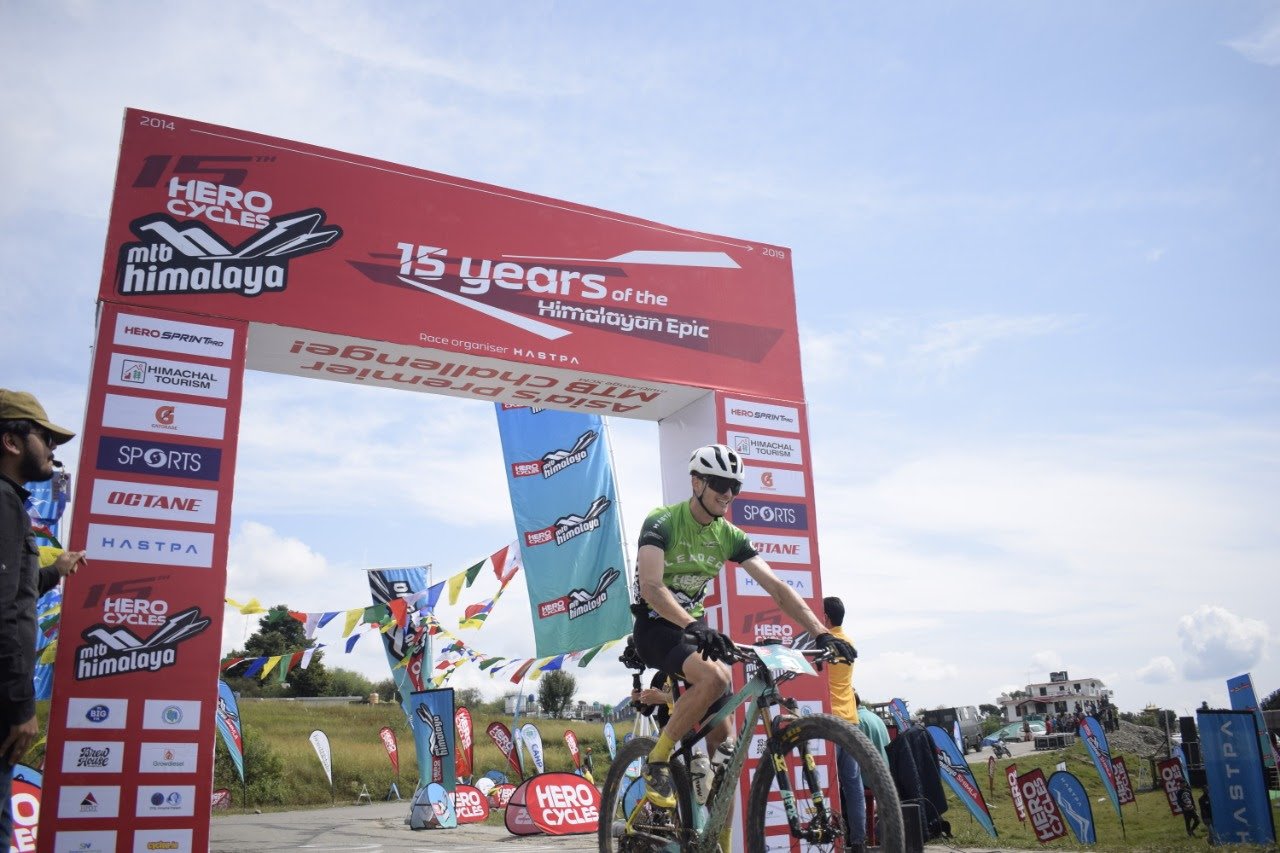 New Delhi: Spanish cyclist Adria Noguera won the 15th edition of Hero MTB Himalaya second time in three years and was crowned as the ‘King of Himalayas’. He finished the race with a time of 22:42:16.

Catherine Williamson was crowned as the ‘Queen of Himalayas’ with her 5th consecutive victory at the race, while Ashish Sherpa from Shimla, India, won the Asian category with a time of 26:10:11.

The cycling race was started in Shimla on 26th September traveled a distance of 500 kilometers through off-road routes in the past 7 days. Only 49 riders were able to make it to the end of the grueling stage race, clearly suggesting that the race is one of the toughest in the world.

The final stage – Into the Wild, a 58 km stage starting from Barot passed through Rajgundha and finally concluded in Bir. Bir is the 2nd highest Paraglying spot in the world.
Total elevation gain for the day was 1,199m and elevation loss was 1,679m.

The second position in the overall category was won by German Andi Seewald who finished with a time of 28:36:44. Seewald won the race in 2016.

Adria Noguera said, “I came 2 years ago, and the level of the race now has surely stepped up. It’s overwhelming to see such tough competition from all over the world, and witness the great Indian hospitality I’ll be taking a whole lot of memories back to Spain!”

Catherine Williamson, 5-time “Queen of Himalayas” said, “It is different every time I come for the race, the feeling of winning never wears out because of how unique each year is. I love how the organisers add a new touch to the race each time. There is nothing like India.”

Koneru Humpy soars to World No. 3 spot in chess rankings