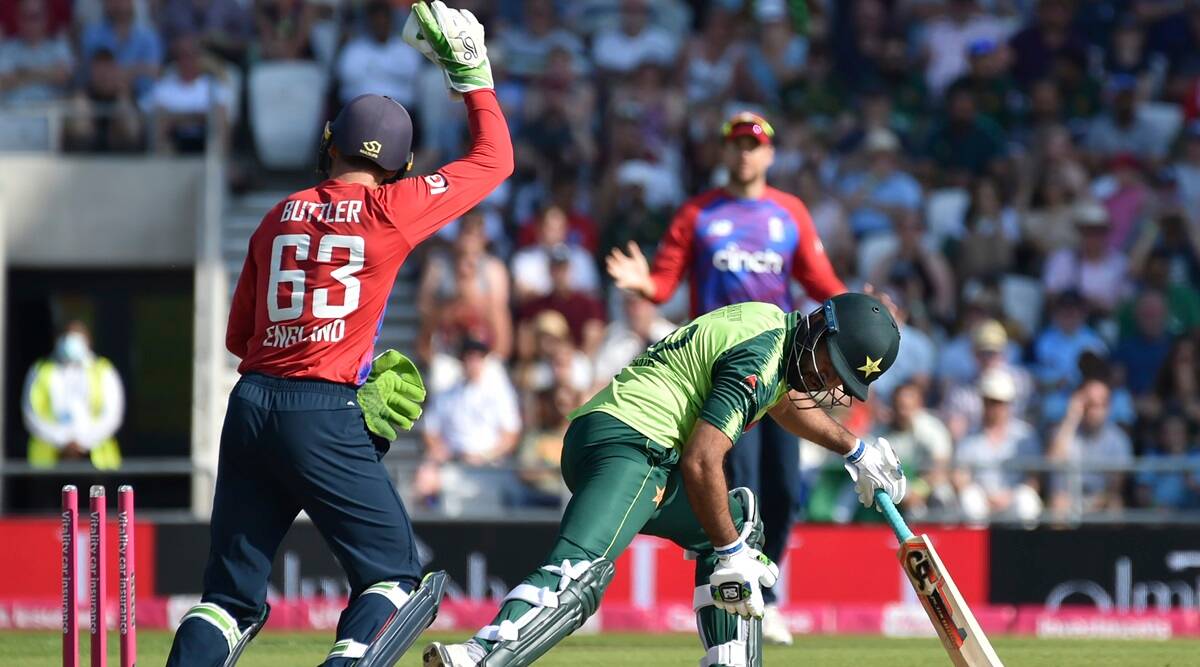 Leeds: England stand-in skipper Jos Buttler top-scored with 59 before their spinners ripped through the Pakistan batting unit to seal a 45-run win in the second Twenty20 International and level the series at 1-1 on Sunday.

Chasing 201 runs to win at Headingley, Pakistan’s openers made a bright start with the bat but lost their way after England fast bowler Saqib Mahmood dismissed captain Babar Azam (22) in the sixth over.

Azam Khan was stumped off Matt Parkinson’s leg-break, before Mahmood returned to rip through the lower order and restrict the tourists to 155-9 in 20 overs.

Earlier, Buttler marked his return to the national team with his 14th T20I fifty as England were bowled out for 200 with a ball to spare.Buttler was declared fit after a calf injury and took the captaincy as Eoin Morgan chose to rest himself in a bid to rotate his squad ahead of this year’s T20 World Cup.

After the hosts lost Jason Roy and Dawid Malan in the opening three overs, Buttler and Ali restored order with a brisk 67-run partnership.

Buttler picked out mid-off for Hasnain’s second wicket of the innings, but Livingstone, fresh from scoring England’s fastest ever hundred, went on to produce another entertaining innings for the home supporters. Livingstone managed the biggest hit of the day, tanking Haris Rauf’s delivery straight over the newly built Football Stand.

The right-handed batsman was run out for 38 off 23 balls before the lower order added another 35 off the last four overs to take England’s score to 200 for the second consecutive game – this time to secure victory. Both teams now head to Manchester for the series decider on Tuesday.