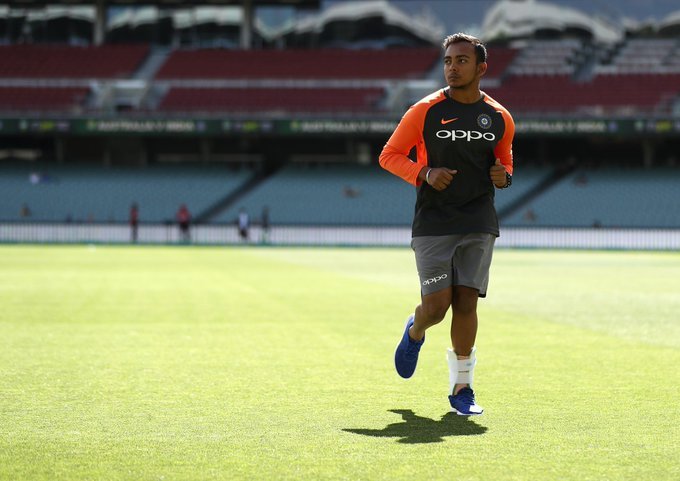 Prithvi Shaw has been suspended for eight months for doping.

New Delhi: In its pursuit of making the Board of Control for Cricket in India (BCCI) compliant as per National Anti-Doping Agency (NADA) rules, the Indian government has issued a fresh directive to the BCCI and has also written to the World Anti-Doping Agency (WADA). sports news headlines Cricket News

In a written reply, the government informed the Parliament during the ongoing monsoon session that only NADA jurisdiction extends to all athletes and sports organisations in India and cricketers are not being tested by a recognised dope testing agency under the WADA code, which is not acceptable. sports news headlines Cricket News

“WADA was apprised of it and a fresh direction has been issued to BCCI to comply with NADA Rules,” Sports Ministry informed the Lok Sabha. The government also has written to WADA to increase its pressure on International Cricket Council (ICC) as the latter is a signatory with WADA and BCCI is one of its members.

In its board meeting, earlier this year in Dubai, the ICC asked the BCCI to sort out the issue with NADA.

The government argued that NADA India is a duly recognised testing authority by WADA. It has jurisdiction over all athletes and sports associations in India including the BCCI.

However, the BCCI has been contesting that it is not a National Sports Federation (NSF) and therefore it is not subject to the jurisdiction of NADA. The BCCI has framed and adopted its own anti-doping guidelines. The national cricket body also claims that it has a robust mechanism to ensure that the sport is clean and free from doping.

The reason behind BCCI’s reluctance is very complicated. On the record, its officials talk about the security and privacy of the players. But off the record, there is a different story.

“BCCI doesn’t take any funds from the government and we are not a national body,” says a former official. “If we agree for NADA, we have to accept many other inappropriate things. We will open the doors for government interference. RTI will be next.

“This is the only reason why we always oppose becoming an Olympic sport. We never allowed the BCCI to become a ‘sarkari’ federation,” a former official, who lost his position in the BCCI following a Supreme Court order, told Sports Lounge.

According to Parliament records, many members asked about the status of BCCI as a national sports body and every time the government answered helplessly.

One of the responses reads, “Although BCCI has not been officially recognised by the Sports Ministry, but the ICC recognises BCCI as the apex body for promotion of cricket in India. sports news headlines Cricket News

“The Ministry of Youth Affairs & Sports (MYAS) provides only clearance from sports angle for organising international cricket matches in India by BCCI and participation of national team in international events abroad at no cost to the government subject to clearances from Ministry of Home Affairs (MHA) and Ministry of External Affairs (MEA).”

Interestingly, the government accepts that the BCCI is not a recognised body but it has honoured around 50 cricketers with national sports awards including Sachin Tendulkar conferred the nation’s highest award, Bharat Ratna. sports news headlines Cricket News

Smith pulls Australia out of trouble on opening day of Ashes