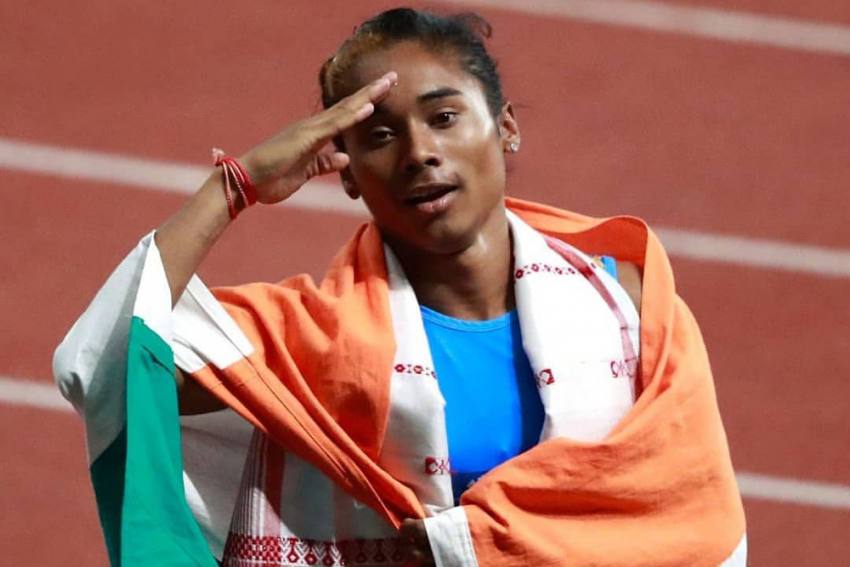 New Delhi: Country’s top sprinter Hima Das, who had a stellar 2018, has been nominated for the prestigious ‘Khel Ratna’ by the state government of Assam.

The 20-year-old from Dhing village in Assam is one of the youngest nominees for Khel Ratna this year.

She won a number of gold medals at smaller events in 2019 season and was also invited to compete at the Doha World Championship but a back injury ruled her out of the prestigious championship.

Hima is already a recipient of Arjuna Award, which she received in 2018.