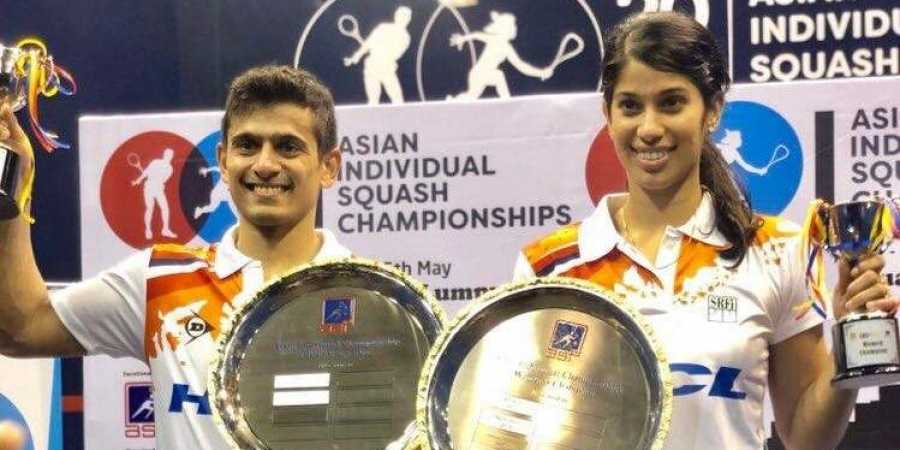 New Delhi: Baseline Ventures has announced the signing of two of India’s biggest squash stars—Joshna Chinappa and Saurav Ghosal—on their roster of athletes. Both the athletes have been flagbearers for the country in squash and grabbed headlines recently when they won the men’s and women’s title at the Asian Championships in May earlier this year.

Joshna Chinappa has been one of India’s finest squash players who has been bringing the country medals for the last 15 years. In 2014, she paired with Dipika Pallikal to win India’s first Commonwealth Games Gold medal in Glasgow, a feat she almost repeated in 2018 Commonwealth Games in Gold Coast eventually bagging a silver. 2016 saw her break into the top-10 of squash world rankings. She enjoyed a successful campaign in the Jakarta-Palembang Asian Games where she won the bronze in the singles event and a silver in the team event. In June, she broke the record of Bhuvneshwari Kumari by lifting the national squash title for a record 17th time.

Chinappa expressed her delight on the development, saying, “I’m thrilled to sign with Baseline Ventures and am looking forward to a fruitful association with the company. I have a busy 2019 ahead and I hope to make it count by putting my best foot forward. Ghosal also expressed similar emotions when he said, “It’s been a good year for me personally. After achieving my career-best ranking, I’m really excited to have signed with Baseline Ventures.”

The company that was founded in 2014 is one of the leaders in sports, events, entertainment and licensing in India. They represent and manage some of the biggest names in Indian sports including P.V. Sindhu, Pankaj Advani, Prithvi Shaw, Smriti Mandhana and Ravindra Jadeja among others. Earlier this year, they had also signed shooters Apurvi Chandela and Saurabh Chaudhary apart from table tennis star Sathiyan Gnanasekaran and swimmer Sajan Prakash.