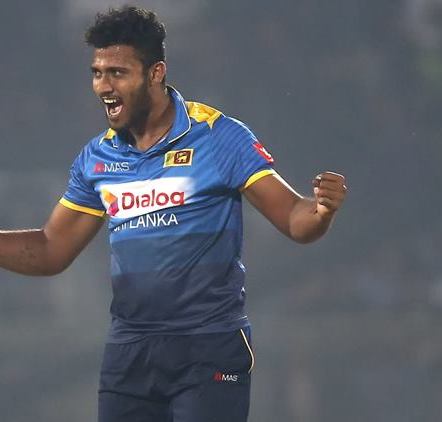 Colombo: Sri Lankan pacer Shehan Madushanka has been detained by the police for alleged possession of heroin.

According to Ceylon Today newspaper, Madushanka was carrying over two grams of the drug when he was caught in the town on Pannala. He was stopped by the police while he was driving his car with another person during a nationwide curfew due to the COVID-19 pandemic.

The 25-year-old pacer rose to fame when he picked up a hat-trick on his ODI debut against Bangladesh in a tri-nation tournament final in January 2018. The three victims in his ODI hat-trick were Mashrafe Mortaza, Rubel Hossain and Mahmudullah.

He played two other T20Is on the same tour but hasn’t represented the national side since.