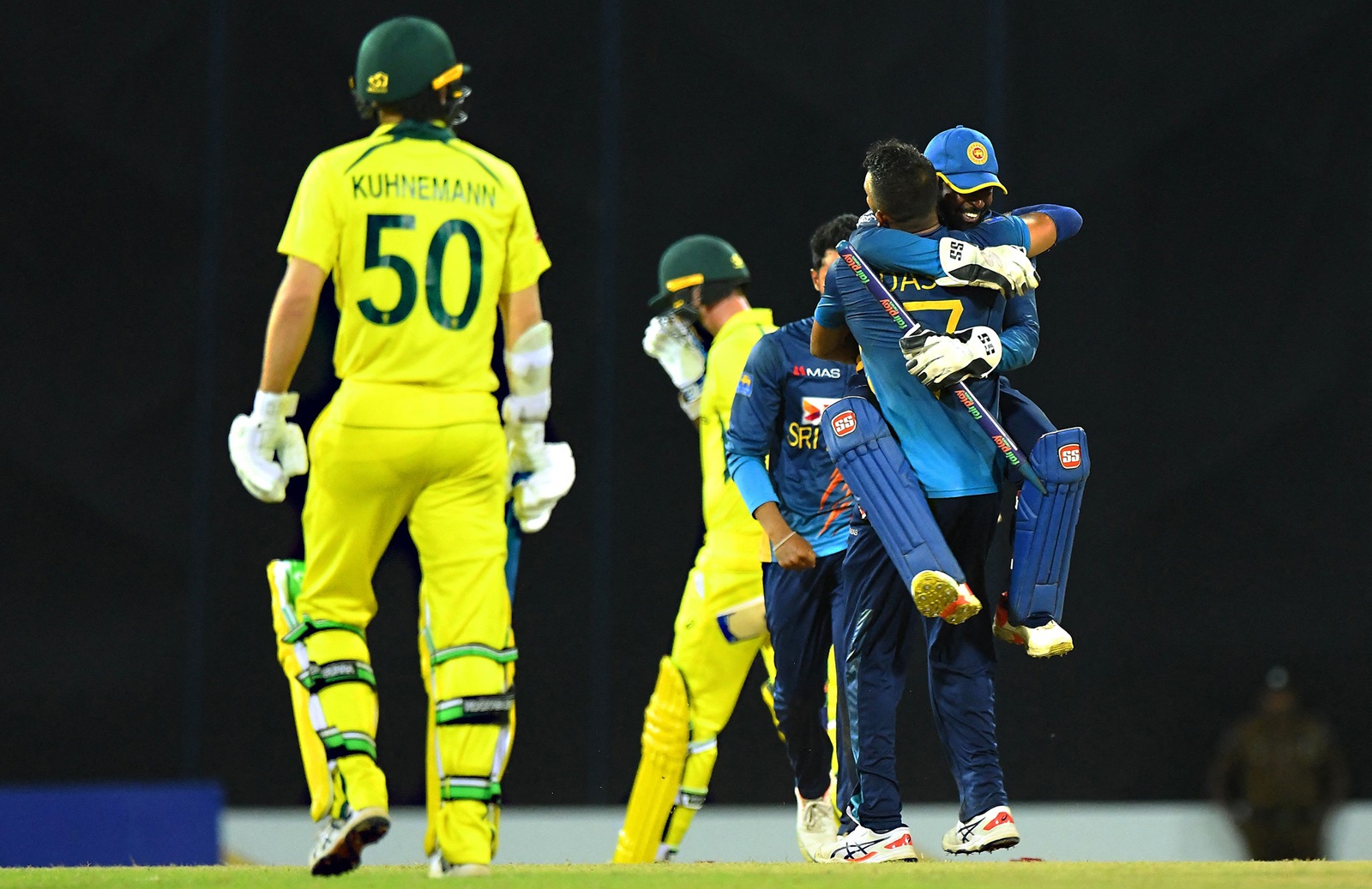 Colombo: Australia failed at the final ball of the fourth one-day international on Tuesday with Sri Lanka winning by four runs and taking an insurmountable 3-1 lead in the series.

Pat Cummins (35 off 42) staged a brave late fightback before Matthew Kuhnemann, needing 15 off the last over and with the Aussies nine wickets down, struck three final-over boundaries to reduce the equation to five needed off the final delivery (four for a tie) from Dasun Shanaka.

But Kuhnemann could only sky a catch to hand the hosts a dramatic four-run win, as another packed-out crowd enthusiastically celebrated Sri Lanka’s first home ODI series triumph over Australia since 1992.

Charith Asalanka (110 off 106 balls) was the home side’s hero as his maiden international century fired his side to 258 on a worn and turning R.Premadasa Stadium pitch that prompted the selection of four specialist (and two part-time) Sri Lankan spinners.