Sri Lanka vs South Africa: Visitors rebuild to 102-3 on day one of first Test 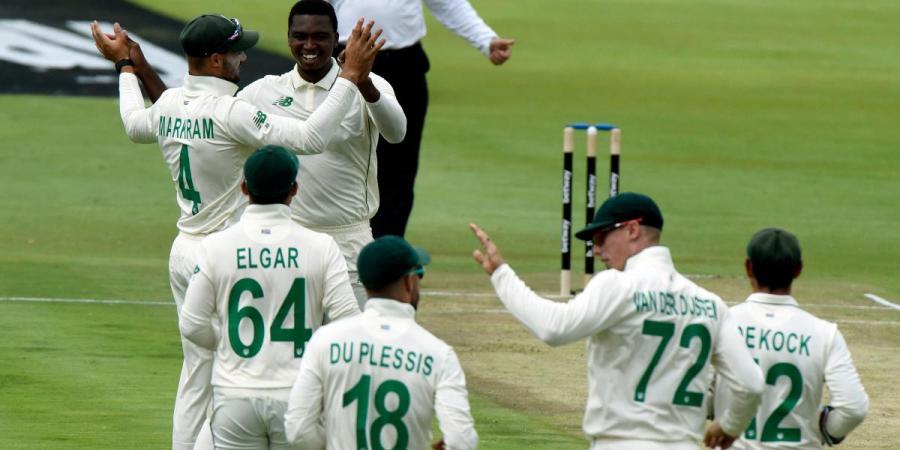 Centurion: Sri Lanka rebuilt to 102-3 at lunch on the first day of the first test in South Africa on Saturday having slipped to 54-3 at one point after opting to bat first. Dhananjaya de Silva (32 not out) and Dinesh Chandimal (13 not out) fought back at SuperSport Park in Centurion with an unbroken stand of 48.

The Sri Lankans lost captain Dinuth Karunaratne for 22, Kusal Perera for 16 and Kusal Mendis for 12 on a morning when both teams sought to find their feet quickly having not played any test cricket for nearly a year.

Karunaratne was central to a fast start by Sri Lanka as he hit four fours and benefited from a nervous start by South African seamer Lutho Sipamla, who is making his test debut. Karunaratne edged a delivery from Lungi Ngidi onto his own stumps for South Africa’s first breakthrough.

Mendis and Perera fell in successive overs as Anrich Nortje and Wiaan Mulder joined the attack and picked up an early wicket each, but South Africa couldn’t keep the Sri Lankans under pressure for sustained periods.

De Silva’s 32 came off just 42 deliveries with five fours and Sri Lanka scored at more than four runs an over in the opening session of the series. The call by Karunaratne to bat first after winning the toss was something of a surprise with SuperSport Park’s reputation of being fast-bowler friendly, and with the overcast and muggy conditions.

But he said he was backing his batting order.

The two-test series is the first test series in South Africa in nearly a year and puts the country’s COVID-19 protocols on trial again after a one-day series against England was called off this month because of an outbreak of virus cases in the teams’ hotel.

Sri Lanka made history on its last tour to South Africa last year when it became the first Asian team to win a test series in the country. Both teams entered this series having played no test cricket since January. It’s Quinton de Kock’s first match as South Africa’s new test captain.