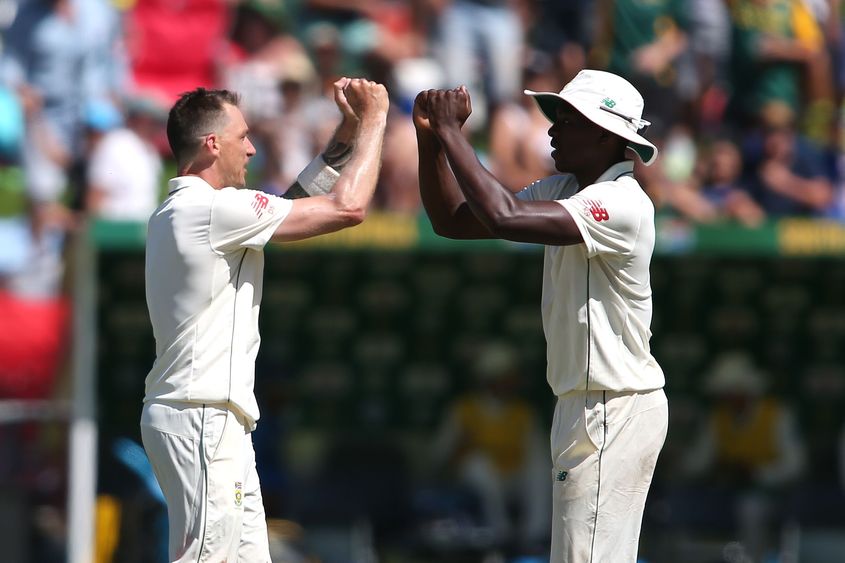 Johannesburg: South Africa head coach Ottis Gibson has said that premier fast bowlers Dale Steyn and Kagiso Rabada are on track to be available for the World Cup slated to be held in England and Wales from May 30.

Rabada, who was one of the stand-out performers in the just-concluded IPL where he picked up 25 wickets in 12 matches for Delhi Capitals, had to return before the playoffs after suffering from a stiff back.

On the other hand, Steyn had come midway into the tournament for the Royal Challengers Bangalore as a replacement player, but he could only last two matches before a shoulder injury forced him to return to South Africa and put doubts over his World Cup participation.

However, now Gibson believes their injuries are “not alarming”.

“There is nothing that people should be alarmed about. We feel that they’re going to make full recoveries and be able to take their place at the World Cup,” he added.

The Proteas head coach also said that there were enough youngsters in the squad who had not been tainted by the past experiences that have haunted this side for two decades when it comes to major tournaments.

“It’s a fresh start for us. We’re going to the World Cup together and it’s my first time with the team,” said Gibson.

“The language that we have been using now is the same that we’ve been using for the last 18 months and it’s one of positivity.

“What’s gone on in the past is gone. We’re not taking any of it into the World Cup with us … we’re going in with it being a new adventure for us. We’ve got a lot of guys who are playing their first World Cup and we want to make it special for them,” he added.

South Africa will face hosts England in the tournament opener on May 30 at The Oval.