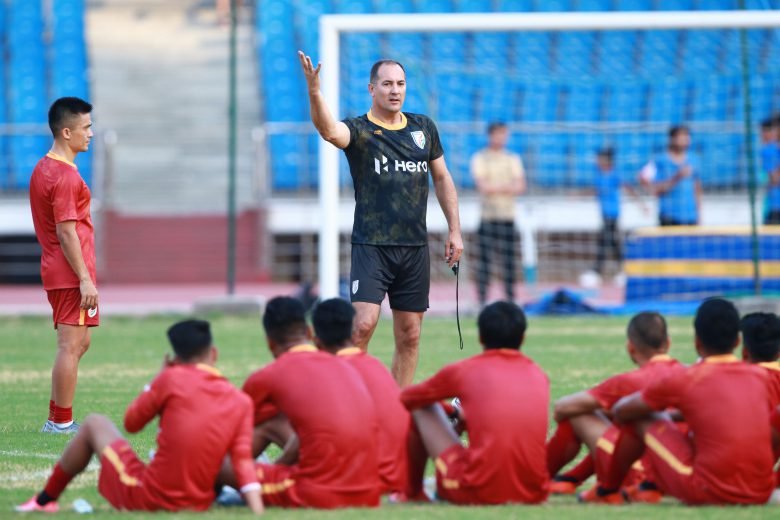 New Delhi: Friendly experimentation over, time for the tried and tested.

Defender Subhasish Bose and defensive medio Pronay Halder return after being overlooked for the two friendlies in March, purportedly to add more stability to his wobbly backline, which let in six unanswered goals against the UAE.

Apart from these two regulars, the experienced Glan Martins and Brandon Fernandes were called up to make the midfield more mobile, at the expense of Jeakson Singh, Raynier Fernandes. Star striker and captain Sunil Chhetri also returns after sitting out the two friendlies due to coronavirus.

Stimac had called up 10 new faces in the 35 probables for the two friendlies in March. But after the horror show against the UAE, only five defenders – Pritam Kotal, Chinglensana Singh, Sandesh Jhingan, Adil Khan, Akash Mishra – have retained their places.

India are up against Qatar on June 3, face Bangladesh on June 7 and end their campaign against Afghanistan on June 15.

Due to the ongoing coronavirus pandemic, all players underwent isolation inside a bio-bubble for four days in New Delhi and only those who tested negative for Covid-19 would be permitted to travel. The squad would leave for Doha on Wednesday (May 19).

India are fourth in Group E with three points from five matches and need atleast two victories in the remaining three matches to entertain hopes of qualifying for the 2023 AFC Asian Cup.

The Indian players, barring five from FC Goa who participated in the Asian Champions League (ACL), have not been in action since the Indian Super League (ISL) ended on March 13. A planned camp in Kolkata in May had to be cancelled due to the raging pandemic.

Stimac acknowledged that the build-up to these matches isn’t ‘ideal’ but he vowed to up the ‘tempo’ of the team. “The pandemic robbed us of a friendly match in Dubai,” Stimac said on Wednesday.

“However, we understand the magnitude of the situation, and it will be intense sessions in Doha to raise the tempo and try to get ready for the matches which starts with the one against Asian Champions Qatar in Doha,” he added.

Chhetri said players would have to adapt to the conditions readily.

“The matches in June are extremely tough and we need to take them one at a time. Given the fact that we don’t have much time, the preparatory camp will add immense value helping all to gel together, and strike that chord ahead of the first match,” he said.

The 28-member squad is as follows: