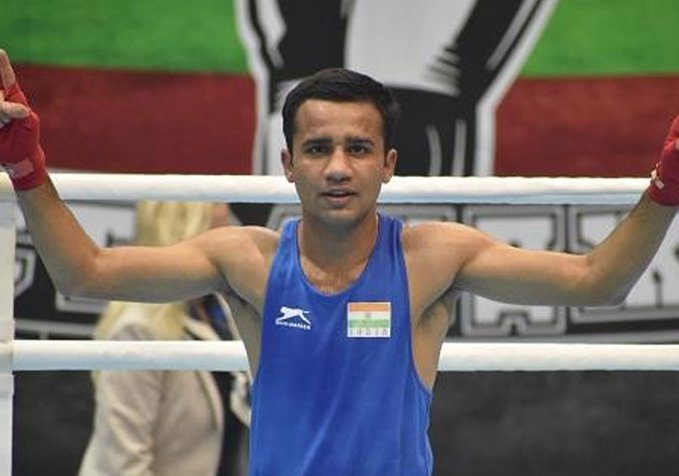 New Delhi: Deepak Kumar’s fine run in the men’s 52kg category came to an end on Saturday as he lost to local favourite Daniel Asenov 2-3 in the final of the 72nd Strandja Memorial Boxing Tournament in Sofia, Bulgaria.

The silver medal is Kumar’s maiden medal from this prestigious and Europe’s oldest tournament. He had lost here in the first round last year.

Naveen Boora (69kg) was the other Indian to win a medal in the tournament as he ended his campaign with a bronze in his first international outing.

Kumar began his campaign for the title on a cautious note. Taking advantage of his better reach, he scored points with straight left punches. At the same time, he weaved past his spirited opponent to avoid conceding points.

But both boxers were more aggressive in the second round, and exchanged a flurry of punches in their bid to gain the upper hand.

In the third and final round, Asenov, a 2019 European Games silver medallist, continued to attack Kumar that gave him a slight edge. As the Hisar-based Kumar became a bit defensive in the closing stages, it went against him and he eventually had to settle for silver in his first international tournament of the season.

Earlier, in the semis, 23-year-old Kumar had upset Olympic champion Shakhobidin Zoirov of Uzbekistan 4-1. He dominated his quarterfinal match against local boy Darislav Vasilev with a 5-0 win.

“It is disappointing that I could not win gold, but these last few days have been nothing short of a dream-come-true. I was determined to make a mark in this tournament, especially when I got an opportunity to play against a champion opponent like Shakhobidin Zoirov in the semis,” said Kumar.

“I am very happy that I could come out a winner. A lot of work still needs to be done and I will be focusing on it along with my coaches,” he said.