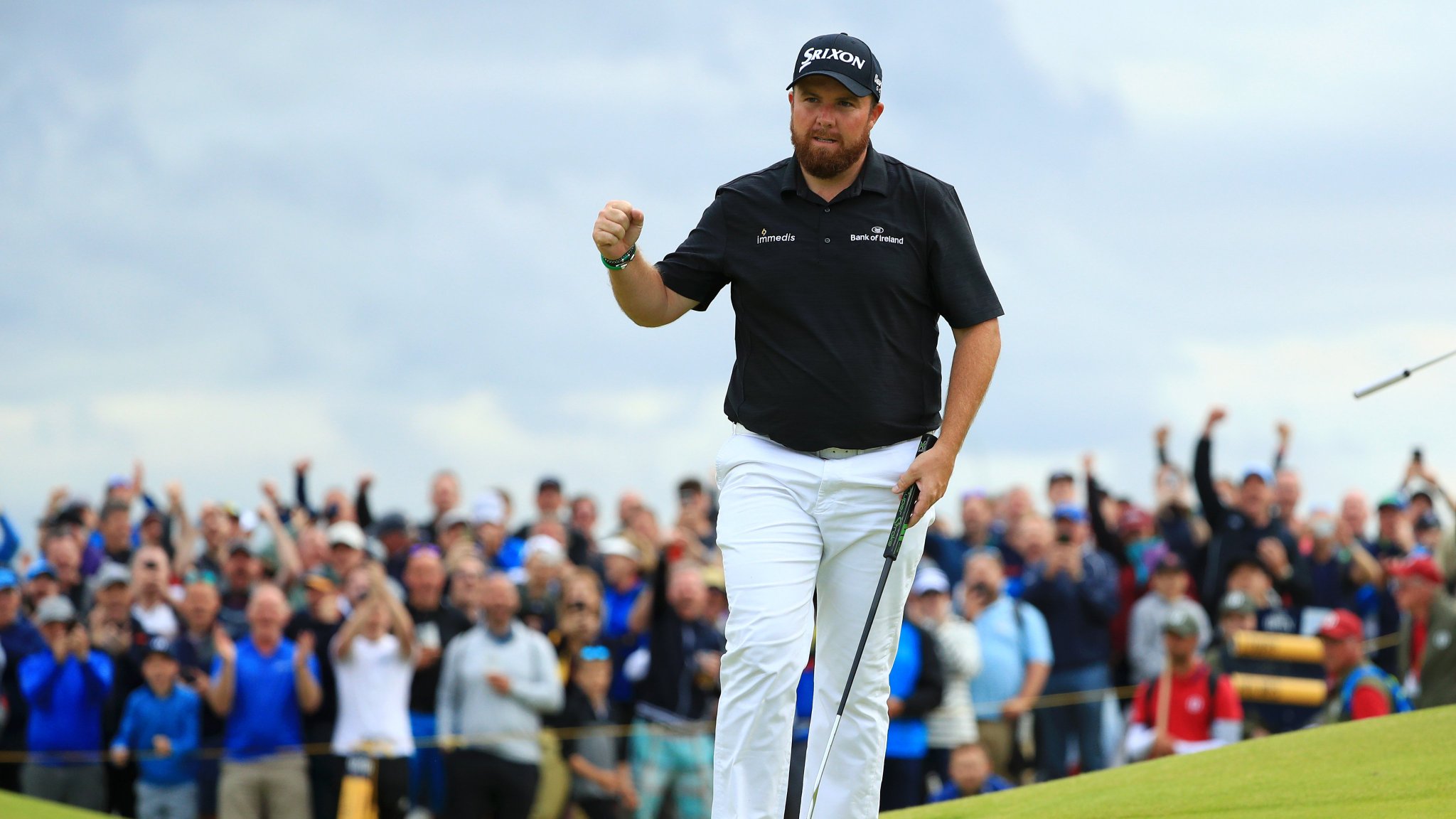 Shane Lowry acknowledges the crowd after holing his last putt in Round 3 at the 148th Open Championship at Royal Portrush Golf Club in Northern Ireland. Photos: Twitter@theopen

Antrim, Northern Ireland: Shane Lowry was cruelly denied the chance of writing Major history by centimeters, but a sensational round of eight-under par 63 helped him open almost a mile-long gap against the field at the 148th Open Championship on Saturday.

On the moving day at Royal Portrush Golf Club, the genial Irishman made the most of dry and amiable conditions and shot the daylights out of the iconic links course with a bogey-free round of eight-under par 63. That included a putt from nearly 20 feet on the 18th hole that just stopped short of rolling into the cup for a 62.

While there have been a number of 63s in Majors, only South African Branden Grace has made a 62 (third round of 2017 Open Championship at Royal Birkdale). However, it was still the lowest round of the day, beating Danny Willett’s 65 by two, and took him to 16-under par 197.

Holmes fell away on the back nine with two successive bogeys, while Fleetwood, playing alongside Lee Westwood, was bogey-free in his 66.

Cheered on vociferously by a partisan crowd, nothing could stop Lowry. Not the thick rough (he made a birdie on the 10th from an almost impossible position), nor the famous 232-yard, par-3 ‘Calamity’ hole, which yielded just two birdies throughout the day. The 32-year-old smashed his 4-iron tee shot to 10 feet below the hole and made the putt.

As Lowry poured in one birdie after another, and especially the three in a row towards the end from the 15th to 17th, the noise reached deafening proportions as Irish fans celebrated the return of the Open Championship to their shores for the first time in 68 years.

Lowry said: “Honestly, that’s the most incredible day I’ve ever had on the golf course. I just can’t believe what it was like out there.

“As we walked to the 17th tee, I told Bo (his caddie), ‘we might never have a day like this on the golf course again, so let’s enjoy this’.

“I know tomorrow is going to be a difficult day. I know there’s some bad weather coming in. But I’m in a good position and I just have to do what I’ve been doing all year and hit the reset button tonight and go out there and shoot as good a score as I can. Hopefully, that will be good enough.”

A four-shot lead at the start of the final day is not golf’s version of Fort Knox. It could give some comfort, as Lowry showed earlier this year in winning in Abu Dhabi, or it could prove ephemeral, as he found out when he lost the US open at Oakmont in 2016.

“I learned a few things about playing in the final round of a Major with a lead… that you need to just hang in until the very last minute. You never know what can happen. 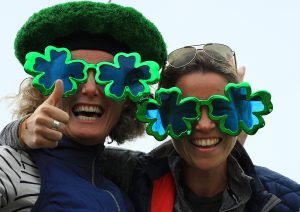 Golf fans have a good time during the Open Championship at Royal Portrush Golf Club.

“There’s no point in saying to go out and enjoy myself tomorrow because it’s going to be a very stressful and very difficult day. I’m going to take the bad shots on the chin capitalise on good shots. I’m just going to be myself and play my game and see where it leaves me.”

The long-haired Fleetwood, who, Like Lowry, is also looking for his first Major title, said: “You can easily get frustrated because Shane is doing so well and how well he’s playing. But you have to look at it realistically. I had a great day today.

“I know what it’s going to be like. I’ve had my fair share of support for the first three days. Hopefully there will still be some people out there rooting for me.

The final round tee times have been advanced by the R&A after heavy rains were forecast on Sunday evening. The final group of Lowry and Fleetwood were scheduled to tee off at 13:47 local time (18:17 India time).

Another gold for Hima in Czech Republic