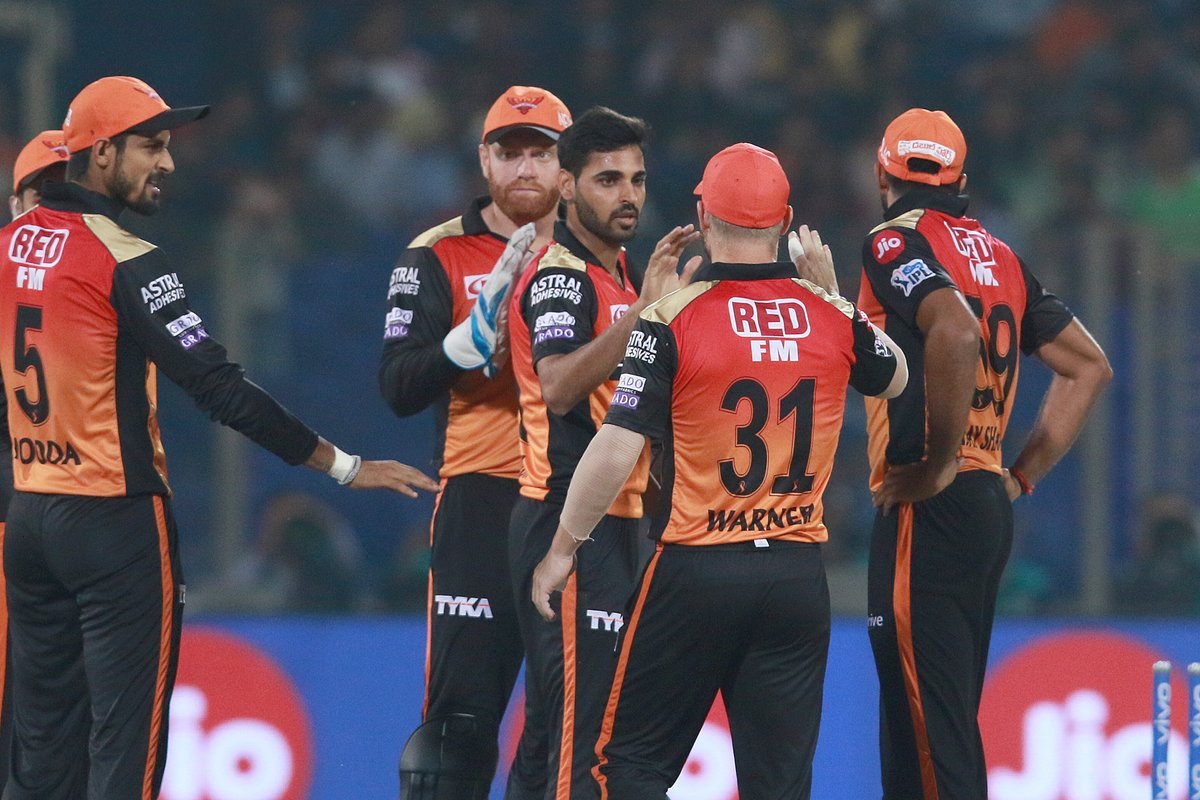 Bhuvneshwar Kumar believes spin would play a major role in the second half of the IPL. Photo: Twitter

New Delhi: Sunrisers Hyderabad (SRH) put on a quality display as they beat  Delhi Capitals (DC) by five wickets at the Feroze Shah Kotla here on a wicket that was pretty low and slow. While the decision to win the toss and bowl first from SRH skipper Bhuvneshwar Kumar surprised quite a few, the captain said it was because they weren’t sure how the wicket would play.

“It is always easy as the captain when the team does well and I always believe that the captain is as good as the team. We weren’t sure at the toss about how the pitch would play, but we always wanted to bowl given how small the ground is. We knew that it would be easier in the second innings and it would be a tricky chase; but the start we got was great,” he said after the game on Thursday.

Bhuvneshwar went on to add that wickets will only get lower and slower from here on and spin would play a major role in the second half of the league.

First away victory for the @SunRisers 🙌🙌 pic.twitter.com/Wi21ciBDne

“In the second half of the IPL the wickets would be slow and turning all over India and spin would play a big part because of which we need to be choosy with the team selection,” he said.

Asked about regular skipper Kane Williamson’s fitness, he said: “Kane is almost there, but we want him to take as much time as he wants.”

DC skipper Shreyas Iyer made his disappointment known after the game.

“The last two games have been the same (disappointing). It was a tough wicket to bat on and since they bowled first, they had an idea about how to go about it. We didn’t play that well as a batting side.

“Another learning a” we should come back positive and strong. After the first time out, I thought 140-150 would have been a good score, especially with three spinners playing. Unfortunately we lost too many wickets and we could not capitalise,” Iyer said.

Iyer also rued the lack of support for him while Delhi were batting.

“I needed a little support over there because one of the top four batsmen had to be there, I had taken the responsibility but unfortunately I took on Rashid and got out as well. We had almost lost the game after the first few overs, but the way we came back should be appreciated. The bowlers are mentally strong at the moment. That is really good to see from a captain’s point of view,” he added.