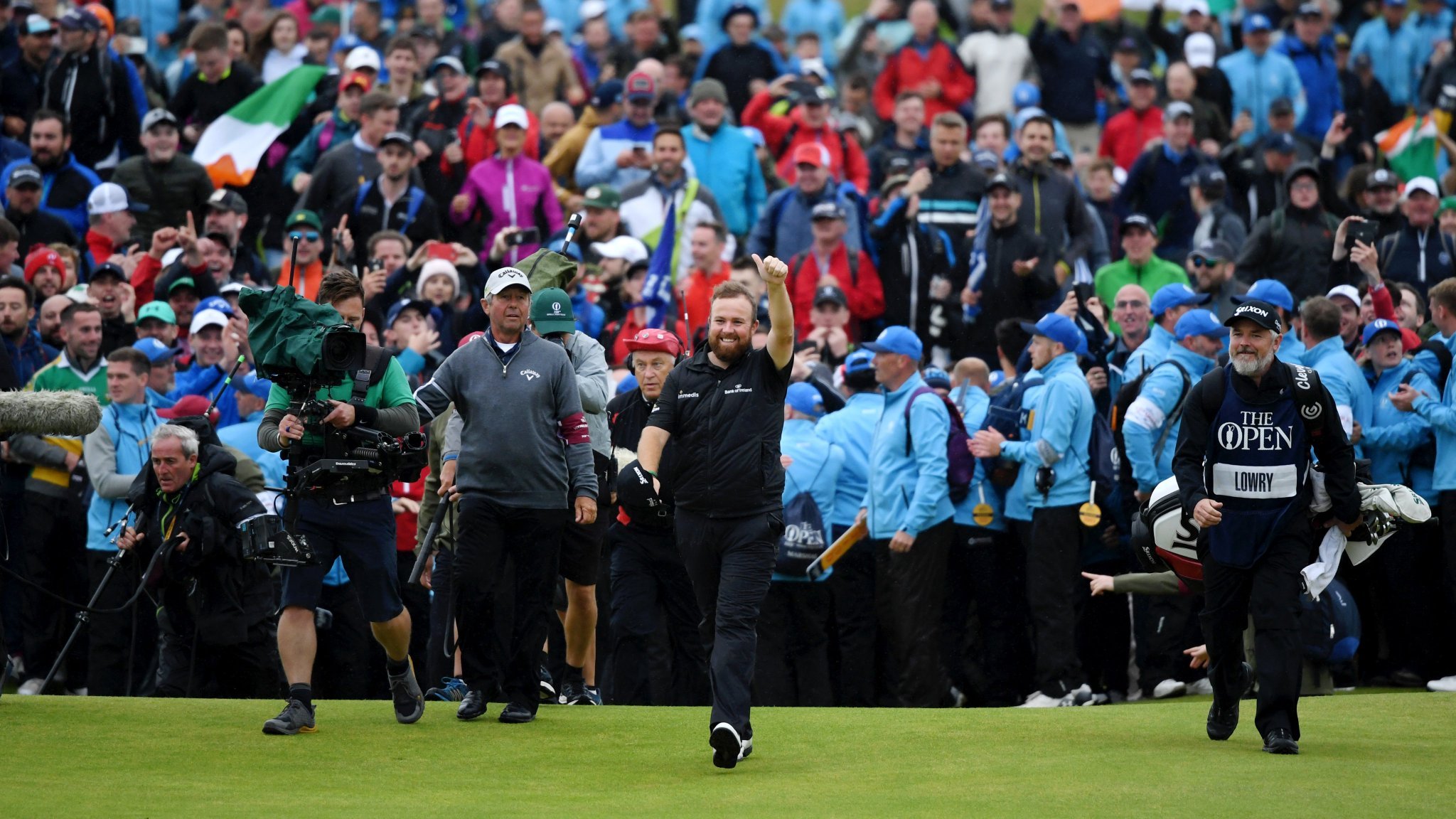 Portrush: Irrespective of the imaginary line dividing the island, the whole of Ireland came to a standstill as Shane Lowry signed off his remarkable run at Royal Portrush by lifting the Claret Jug.

On Sunday, the 32-year-old from the Republic of Ireland withstood intense pressure and battled inclement weather in front of doting fans to become the sixth Irish player to win a Major title when he triumphed at the 148th Open Championship by six shots. The oldest trophy in the sport came to the Emerald Isle after a long gap of 68 years, but it will now stay here for at least one year.

Four ahead at the start of the day, Lowry shot a one-over par 72 in tough playing conditions as incessant rain and wind wreaked havoc, to finish at 15-under par 269. His playing partner, England’s Tommy Fleetwood, recorded his second runner-up finish after a 74.

The only time Lowry’s lead was brought down below four shots was when he opened the round with a bogey. But Fleetwood just could not turn the screws as he missed birdie putts on the first two holes, and then a par putt from five feet to help restore Lowry’s lead to four.

Lowry then made three birdies in four holes from the fourth onwards and despite a bogey on the ninth and 11th, he still managed to stay ahead by five shots. 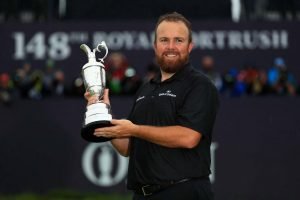 A double bogey on the 14th hole by Fleetwood gave Lowry enough breathing space to negotiate the tough closing stretch of Portrush.

After the win, which fetched him lifetime return to The Open until the age of 60, various exemptions and a tidy cheque of $1.935 million (approx. Rs. 13.35 crore), Lowry said: “I can’t believe this is me standing here. I can’t believe this (the Claret Jug) is mine.”

Lowry, who said he did not think he’d win the title until he hit the tee shot on the 18th hole and felt he could not lose the golf ball from there, would have been the only man at a jam-packed Portrush who was having trouble believing it. Hundreds of his friends and families made the trip on Saturday night from the small town of Clara in Offal County to join the thousands already at the iconic course to watch history being made.

An expected weather front dumped plenty of rain and gusting wind on the golf course around the time the leaders teed off. Conditions were brutal. Just to illustrate, the first 10 groups to play in the morning scored a collective even-par, while the last 10 groups struggled to 92-over par! American JB Holmes, 10-under par for his first three rounds and in third place, slumped to a 16-over par 87.

Despite having a handy lead, Lowry said he needed a good par on the 13th, followed by the double bogey by Fleetwood, to feel comfortable on the course.

'This one's for the volunteers and all of the fans!'#TheOpen pic.twitter.com/5oN9by5Hnu

“Obviously, I had a nice healthy lead going out and I hit a ropy tee shot on the first. Then you’re standing on the first green, Tommy has a great chance of birdie and I’m putting for bogey from eight feet. There’s a potential three-shot swing. He misses, I make, and there’s only one shot. That settled me an awful lot,” said Lowry, who is expected to move to No. 17 in the Official World Golf Rankings on Monday.

“It was so hard out there. When that big shower came in on the eighth hole, the tee shot on ninth was just like put the ball down and hope for the best because it was incredible the way the rain that was coming down.

“I started to feel comfortable after 14. I had a lovely par on 13. Tommy had missed the green and I hit a bad tee shot there… a silly bad tee shot. It was an easy nine iron downwind, should be hitting the green with that, but to make the par from the bunker was huge.

“To be honest, I played the last five holes incredibly well. And I felt incredibly good. I felt like I was going to do it, especially after 14 when Tommy made double and I went bogey.”

Fleetwood was disappointed with his second place but paid glowing tribute to Lowry’s game.

“I’m disappointed and a bit low. Those first few holes, when you start four back, are pretty crucial. I didn’t do a good enough job of pressing at that point,” admitted Fleetwood.

“I’m happy for Shane, don’t get me wrong, but it’s not great now. He literally controlled the tournament from the start of today until the end. That’s a very, very impressive thing to do.”

India A register dominant series victory against West Indies A