Sutirtha stuns World no. 9 Cheng, U Mumba in UTT semis 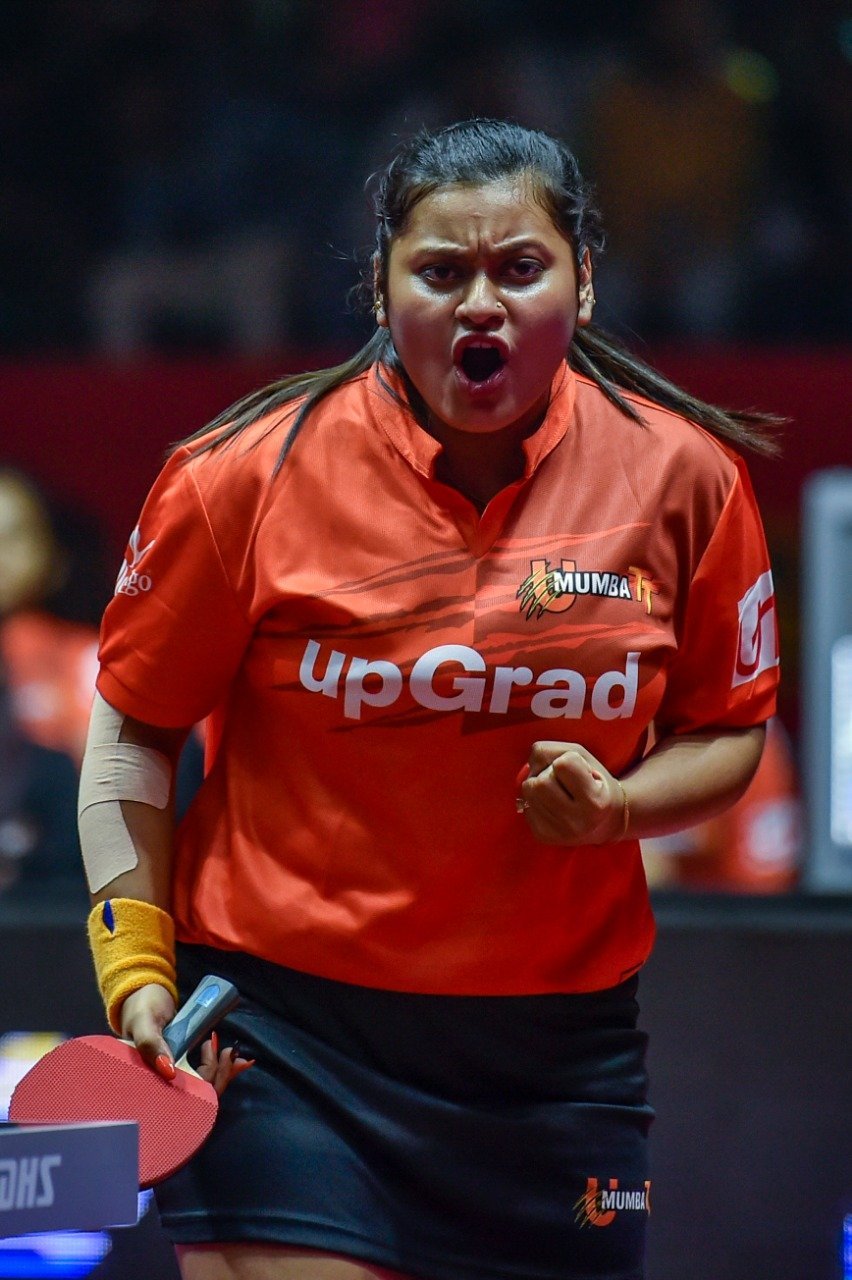 Doo edged out a fighting Archana Kamath 3-0, while Manav got the better of Amalraj Anthony 2-1 as U Mumba raced ahead 5-1.

Manav and Doo then combined in the crucial mixed doubles and rolled over the Goa pair of Alvaro Robles and Archana 3-0 to seal the tie in U Mumba’s favour (8-1). U Mumba thus ended their league round matches on 44 points from five matches, making them clear favourites for the knockout stage.

Goa Challengers, on the other hand, were placed third on 30 points and still have a match in hand. In the opening women’s singles, Doo Hoi Kem defeated Archana 3-0 in an extremely-tight contest. Although separated by 128 rankings points with Hoi Kem currently placed at world number 11, it seemed a battle of equals on the table.

Archana, who has been in top form this season, tested Hoi Kem at every step as the two indulged in long rallies and speedy play.  If Hong Kong’s Hoi Kem was quick on her feet and sharp in her returns, Archana was equally strong in her defensive play and forced Hoi Kem to make many errors.

Doo Hoi Kem wrapped up the opening game 11-8 and then won the second on golden point 11-0. In the final game, that also went neck-and-neck, Hoi Kem prevailed 11-8.

Manav Thakkar then added to U Mumba’s advantage edging out Anthony Amalraj 2-1 in a topsy-turvy battle in the opening men’s singles.

Manav raced ahead in the first game opening up a 5-1 lead and stayed ahead throughout to wrap it up 11-7. World no. 137 Amalraj though changed gears in the ensuing game and was dominant. His sharp angles and strong forehand display pushed Manav on the back foot, as Amalraj won the second game 11-5.

In the decider, former world number 1 junior player Manav kept up the pressure to notch up a crucial point for his team, winning 11-9.

Manav-Doo Hoi Kem dominated in the mixed doubles never allowing Alvaro Robles and Archana to settle down. They breezed ahead in the opening game 11-7 and despite a strong fight from Alvaro and Archana in the second, which went to the golden point, there were no more hiccups.

Doo and Manav won the last two games 11-10 and 11-8, to pick up three more points to all but kill the contest.