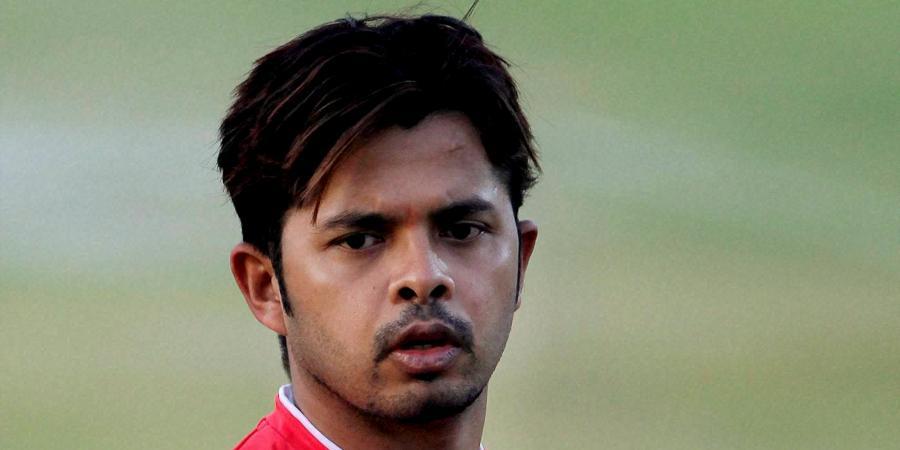 New Delhi: Fast bowler S Sreesanth, who is set to make a comeback in competitive cricket, began preparation for the upcoming Syed Mushtaq Ali Trophy with the same aggression he was known for during his playing days.

Sreesanth was banned by the Board of Contol for Cricket in India (BCCI) in August 2013 along with his Rajasthan Royals teammates Ajit Chandila and Ankeet Chavan for indulging in alleged spot-fixing in the Indian Premier League (IPL).

The bowler is currently playing the warm-up matches as a build for Syed Mushtaq Ali Trophy. He was seen sledging and staring at the batsman is one of the warm-up fixtures.

In the video uploaded on the Kerala Cricket Association YouTube Channel, the Indian seamer was seen in the best of form as he bowled in full flow.

Earlier this week, Sreesanth along with Sanju Samson and Robin Uthappa was named in the 20-member Kerala squad for the Syed Mushtaq Ali Trophy.

Kerala Cricket Association (KCA) announced the squad and named wicket-keeper Samson as the captain of the side for the shortest format competition which is scheduled to begin on January 10.

Jasprit Bumrah has mastered the art we Pakistanis used to have once: Shoaib Akhtar