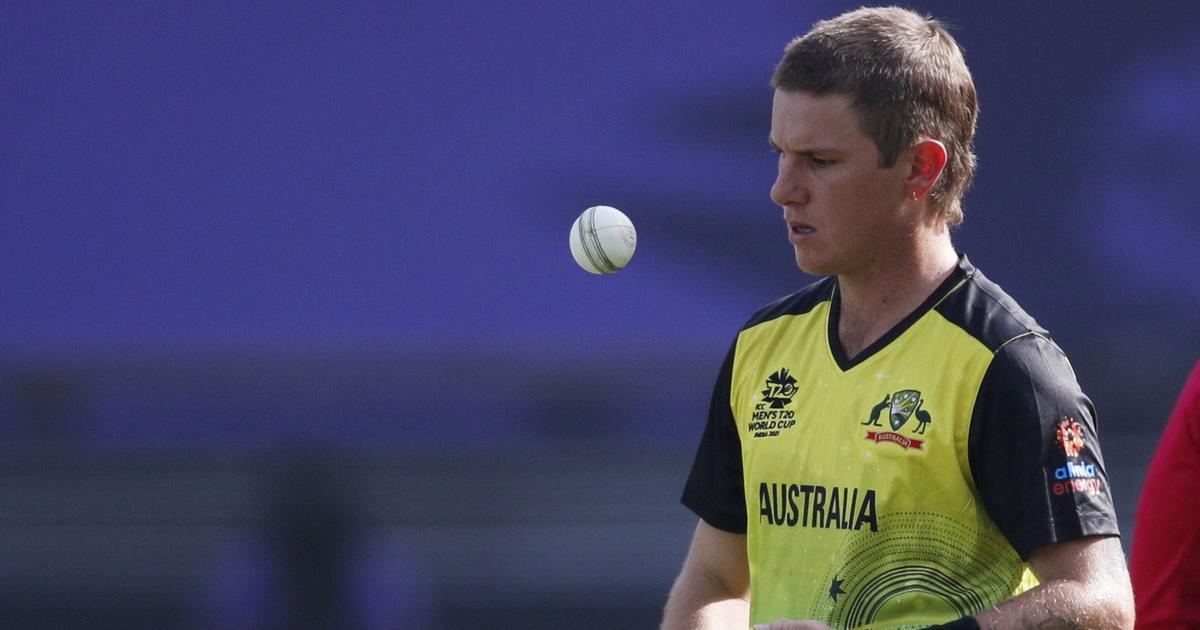 Adam Zampa claimed his maiden five-wicket haul to help Australia boost their semi-final hopes at the Twenty20 World Cup with an eight-wicket thrashing of Bangladesh on Thursday.

Zampa returned figures of 5/19 with his leg-spin and combined with the Australian pace bowlers to skittle out Bangladesh for just 73 in the Super 12 contest in Dubai.

Skipper Aaron Finch, who hit 40, and David Warner put on 58 for the opening wicket as Australia romped home in 6.2 overs to move ahead of South Africa on net run-rate and boost their semi-final hopes.

Taskin Ahmed bowled Finch after the batsman smashed two fours and four sixes in his 20 ball knock, and Warner was out for 18 but the wickets remained minor blemishes in Australia’s third win in four matches.

They are in a direct race with the Proteas to seal a final-four spot from Group 1 led by England who have effectively sealed one of the two semi-final places with four wins in as many games.

South Africa play England on Saturday after Australia take on the West Indies.

“Zampa’s 5 for 19 was outstanding,” said Finch. “It was a really clinical performance.”

Left-arm quick Mitchell Starc bowled Liton Das for nought on the third delivery of the innings to set the tone for Australia’s dominance.

Soumya Sarkar dragged a Josh Hazlewood delivery onto his stumps and Glenn Maxwell trapped Mushfiqur Rahim lbw for one as Bangladesh slipped to 10-3 and then 33-5 in 6.1 overs.

Captain Mahmudullah Riyad, who made 16, put up some resistence with a 29-run partnership with Shamim Hossain, who scored 19, before Zampa broke through with his second wicket.

Zampa struck again off successive balls of his third over to be on a hat-trick that nearly materialised with his opening ball of his final over but wicketkeeper Matthew Wade dropped a catch.

Zampa then took two more to wrap up the innings in 15 overs and surpass his previous T20 best of 3-14.

Bangladesh, who have now lost all their five matches, witnessed a second straight collapse after they were bowled out for 84 in the previous loss to South Africa.

“We have been outplayed by the opposition. I hope the supporters keep supporting us,” said a rueful Mahmudullah.

“There are a lot of areas we have to look at, especially our batting. The wickets that we have played on have been among the best for batting.”

Australia came out roaring in their run chase as Finch and Warner punished the opposition bowlers with hits all around the ground.

Mustafizur Rahman was taken for 21 runs in the fourth over.

Mitchell Marsh hit the winning six in his five-ball 16.

T20 World Cup: What India need to do to reach semis