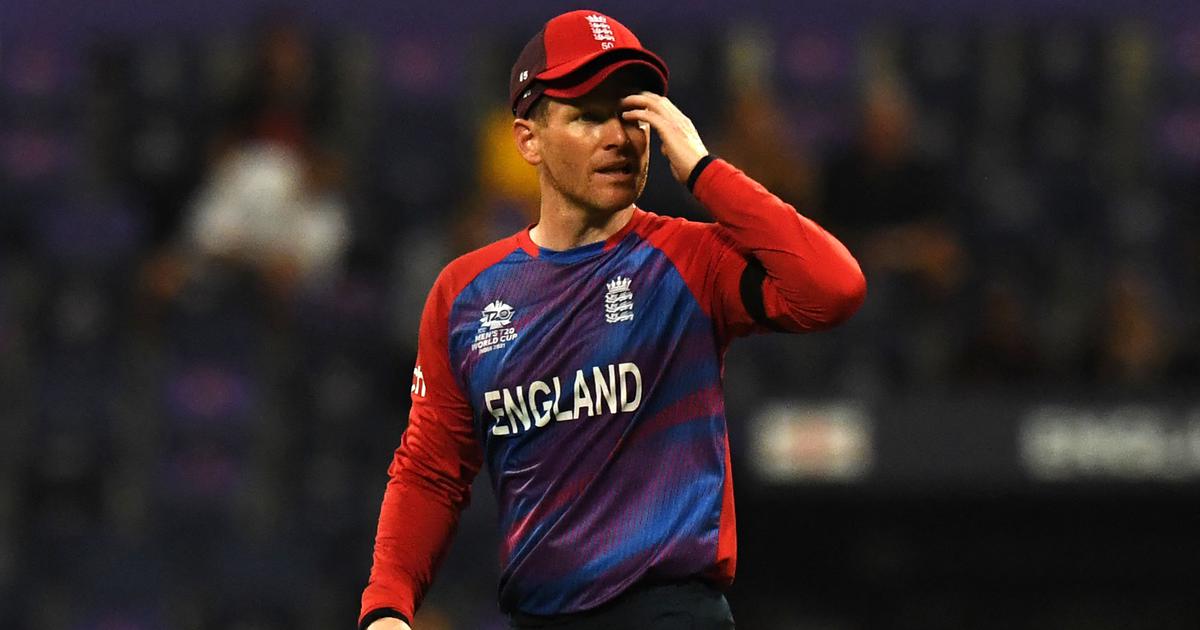 Neesham blasted 27 off 11 balls and Daryl Mitchell hit an unbeaten 72 as New Zealand chased down their target of 167 with one over to spare in Abu Dhabi and make their first ever T20 World Cup final.

England looked in control after pushing the Kiwis to 107/4 in the 16th over but the left-handed Neesham took the bowling head on as he smashed Chris Jordan for two sixes and a four to get 23 runs from the over.

“We’re devastated. To be on the wrong side of a close game is not easy to take,” said Morgan.

“I thought we fought unbelievably well today on a wicket that didn’t necessarily suit our batting, but we managed to post in and around a par score. We were brilliant with the ball. We were right in the game probably until Jimmy Neesham came to the wicket, if not ahead of the game.”

He added: “I think bowling to the short side is never easy. We’ve played against Jimmy a lot. He’s not struck the ball like that against us ever. It’s really good batting.”

Moeen Ali hit an unbeaten 51 to steer England to 166-4 after being invited to bat first by Kiwi skipper Kane Williamson.

The bowlers led by Chris Woakes then took wickets and put pressure on the New Zealand batsmen despite an 82-run partnership between Mitchell and Devon Conway, who made 46.

A meeting between the two sides always brings back memories of the dramatic 2019 50-over World Cup final won by England.

England also beat the Black Caps in their previous T20 World Cup semi-final in 2016, but Morgan admitted they have never underestimated the Kiwi force.

“The competitive nature in which we play the Black Caps is always healthy,” said Morgan. “There’s a huge amount of respect between both sides because we know every time we play them, we’re going to be up against it. They don’t give you a lot of leeway.”

England had looked like the team to beat in the competition after making the semi-finals with four wins in five Super 12 matches. But injuries to pace bowler Tymal Mills and opener Jason Roy forced them to change their combination as they opened the batting with Jonny Bairstow alongside Jos Buttler.

However Morgan did not offer any excuses on a day they were eventually outplayed by the opposition.

“I don’t think you can put a measure on missing a player. I think the 11 guys that took the field today gave absolutely everything,” said Morgan.

“I’m extremely proud of the performance that they put in. When you play really well, it doesn’t always guarantee that you win games. Unfortunately we found ourselves on the wrong side of a really tight game today.”

Pakistan’s Rizwan, Malik suffering from “mild flu” ahead of semifinal against Australia