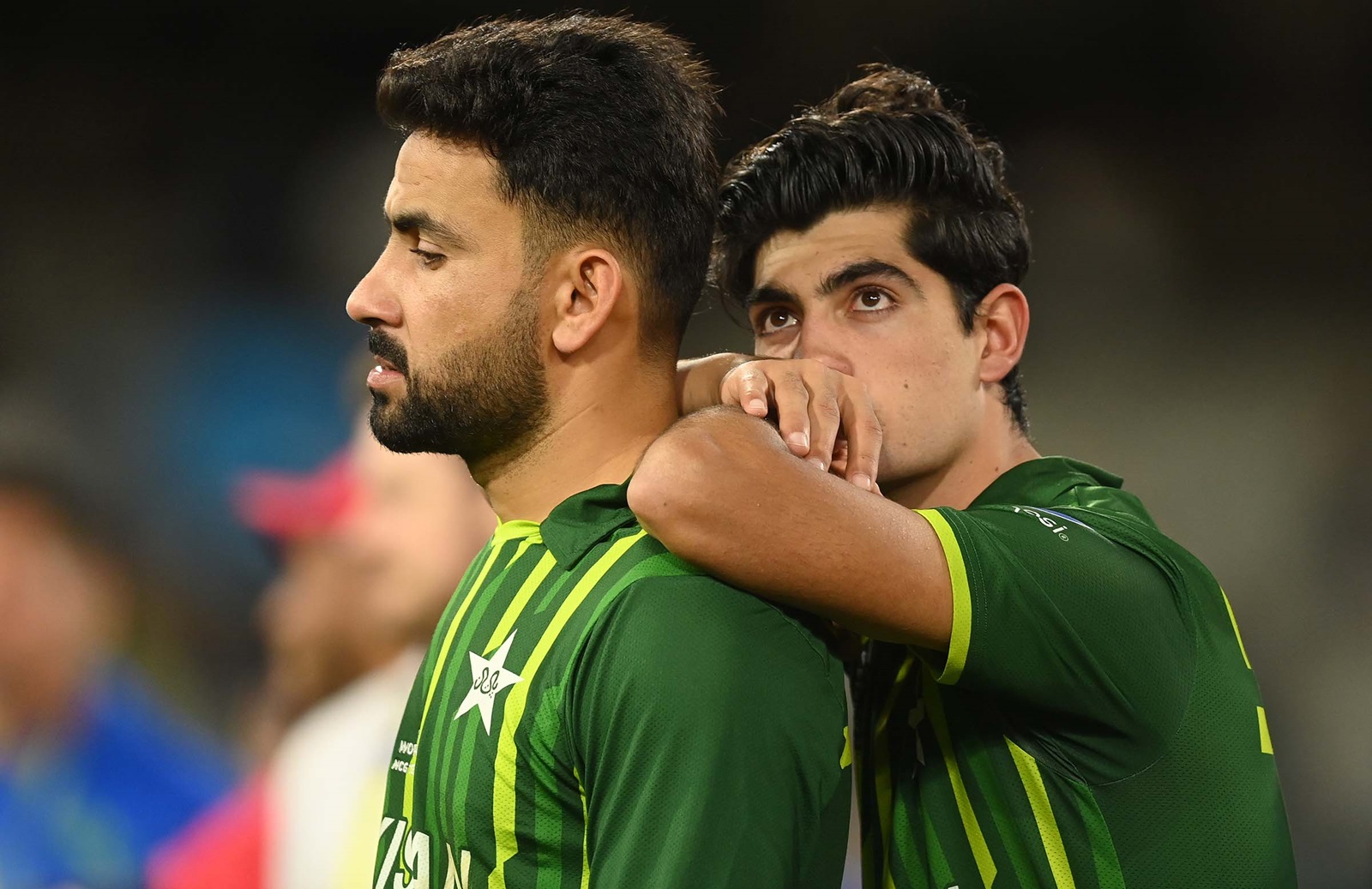 Shaheen Afridi’s injury was only the most glaring of several sliding doors moments for Pakistan in their T20 World Cup final loss to England.

Afridi took a great outfield catch to remove Harry Brook and leave England’s innings on a knife edge at 4-84 in the 13th over, chasing 138 on a difficult MCG pitch.

He also hurt his knee and left the field immediately.

Afridi returned to bowl the 15th over, but only lasted one delivery and it proved the turning point of the final.

Pakistan No.4 Shan Masood, who top-scored with 38, said they also failed to capitalise with bat and ball around Afridi’s misfortune.

“That’s one of the things, that was one event. There were a lot of other events,” he said.

“We built a very good platform and then we lost two wickets … I don’t think we finished (our innings) well.

“But maybe we also gave away a few runs early – too many – which we could have done with at the end.”

Masood also conceded Afridi’s injury was a significant blow, noting they could have done with the left-arm quick’s two overs late in the England innings.

Afridi had demonstrated his match-winning potential by bowling Alex Hales with a superb delivery in the opening over.

Instead, he did not collect his medal at the end of the match.

Before this tournament, Afridi had been out of action since July, when he hurt his knee while fielding in a Test against Sri Lanka.

“I hope he’s fine – because he’s had a serious knee injury, you’re never too sure,” Masood said.

He added Pakistan had been aiming to score 170 and if they had managed 155-160, that might have been enough on a pitch that was “doing something”.

Masood said that while their seam bowlers beat Ben Stokes’ outside edge often, there was no surprise that the English star produced another match-winning knock.

“He was there to the end, he took it on, he soaked in the pressure and he finished the game – that’s what big-game players do,” Masood said.

He also paid tribute to Sam Curran, who was named Player of the Match ahead of Stokes for his 3-12, and later Player of the Tournament.

“He’s an in-demand player in this format,” Masood said. “He’s been very clever. He watches the batsmen … he just doesn’t go to one particular, predictable length.”

“The wickets have been a bit spicy. We saw that (in the final) as well,” he added.

“In these conditions, you realise how important it is to put your ego aside, consolidate, build platforms and finish well.

“It’s probably a bit of old-style cricket, with the bigger boundaries and the quality of the bowling, batsmen were certainly humbled and a lot of people had to change their games.”