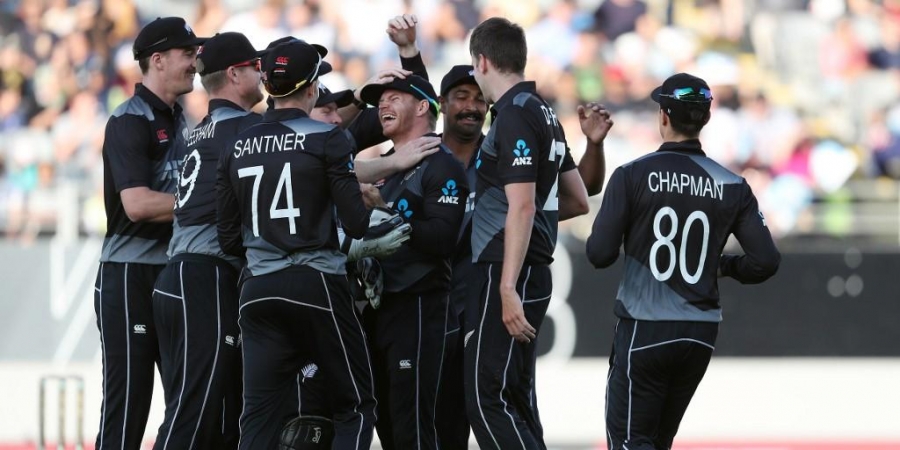 Dubai: The fiestiness of Australia will clash with the tactical shrewdness of a perennially understated New Zealand when the Trans-Tasman rivals battle for their maiden T20 World Cup trophy here on Sunday.

Considering how both Australia and New Zealand won their respective semifinals against fancied opponents, one can expect another dramatic finish at the “Ring of Fire”.

Australia, who have won a record five World Cup titles in 50-over cricket, have surprisingly not got their hands on the T20 showpiece.

New Zealand, on the other hand, have always been consistent in ICC events but now seem to have the self-belief of going all way under Kane Williamson’s astute leadership.

It will be their first T20 World Cup final and if they do end up winning it, it will be a remarkable achievement for a country of five million which keeps churning out world-class players.

Australia hold the upper-hand over the reigning world Test champions in overall T20 meetings but the Black Caps won their only meeting in the World Cup back in the 2016 edition in India.

Their last meeting in a World Cup final, in the 50-over format in 2015, was bossed by the Aussies, who have not won an ICC event since then.

Fans of both the teams will have to work against their body clock to watch the game from their TV sets with the final starting well past midnight in both countries.

New Zealand, who have been the best bowling side of the group stage, showed their batting class in the semifinals against pre-tournament favourites.

Martin Guptill enjoys a good record against Australia in T20s and his opening partner Daryl Mitchell goes into the final having played the innings of his life.

Skipper Kane Williamson is due for a big score and expect him to rise to the occasion on Sunday.

Jimmy Neesham proved his value in the middle-order against England but New Zealand will miss the services of Devon Conway who punched his bat in frustration after getting dismissed in the semifinal and ended up breaking his right hand. Tim Seifert is set to replace him.

The seasoned pace duo of Tim Southee and Trent Boult will be expected to keep Australian openers Aaron Finch and David Warner quiet in the powerplay.

Adam Milne has also done a decent job as the third pacer and leg-spinner Ish Sodhi has been impressive in the middle overs.

Finch, who could do little with fast inswingers of Shaheen Shah Afridi the other night, will be looking to add to his 251 runs against New Zealand, the most by an Aussie batter against the Kiwis.

In his last two innings, Warner has shown class is permanent and form is temporary and trust him to fire in the all important final. More is expected from Glenn Maxwell and Steve Smith who are yet to make a big impact in the tournament.

Marcus Stoinis and Matthew Wade pulling off a remarkable chase against Pakistan makes the Australians better prepared for another close finish.

Leg-spinner Adam Zampa, who was taken 12 wickets at 10.91 average in the tournament, will be expected to deliver in the middle overs once again while Maxwell can also chip in with his off spin.

The envious pace trio of Mitchell Starc, Pat Cummins and Josh Hazlewood will be playing their first T20 against New Zealand. Hazlewood had an off night against Pakistan and will be itching to bounce back.