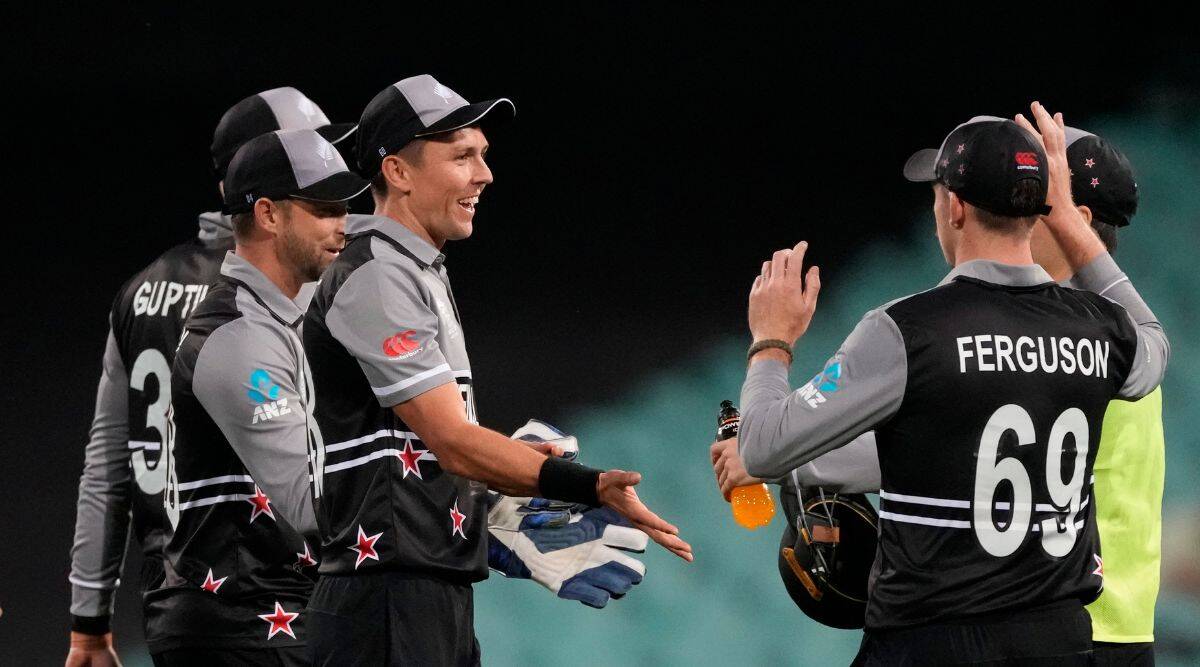 Glenn Phillips smashed a powerhouse 104 and Trent Boult grabbed four wickets as New Zealand swept past Sri Lanka by 65 runs in Sydney on Saturday to put them in pole position to make the semi-finals at the Twenty20 World Cup.

New Zealand batted first and posted 167-7 with Phillips unstoppable, rescuing his team after the top order was blown away, losing Finn Allen, Doug Conway and Kane Williamson for 15 runs.

Boult and Tim Southee then reduced Sri Lanka to 4-8 in the chase and there was no way back as they crumbled to 102 all out. Boult ended with a career-best 4-13.

Phillips hit 10 fours and four sixes in his 64-ball knock – the second century of the tournament, after South African Rilee Rossouw’s 109 against Bangladesh, and only the 11th in T20 World Cup history.

Plenty was on the line with Group One wide open after both matches in Melbourne on Friday – Australia v England and Afghanistan v Ireland – were washed out.

New Zealand’s win gives them a two point buffer at the top of the table from England, Ireland and Australia with two games to play.

They face a crunch game against England next in Brisbane on Tuesday while Sri Lanka face a must-win clash with Afghanistan on the same day to keep their hopes alive.

Sri Lanka began with the spin of Maheesh Theekshana after losing the toss, and it immediately paid dividends.

Allen took apart Australia’s hallowed pace attack in their opening game during a 16-ball 42, but he managed just three balls and one run this time, confounded by an inswinger in the opening over.

Conway, who smashed an unbeaten 92 against Australia, fared little better. Spinner Dhananjaya de Silva joined the attack and Conway was bowled, also for one.

Things got worse when skipper Williamson (8) got an outside edge off pace bowler Kasun Rajitha in the next over and was caught behind.

Phillips and Daryl Mitchell, returning to the side after fracturing his hand, crawled to 54-3 at the halfway point.

But Phillips then flicked a switch and began swinging the bat, with sloppy fielding aiding him, dropped by Pathum Nissanka on 12 and again on 45 by skipper Dasun Shanaka.

An 84-run stand with Mitchell ended when his partner was bowled for 22 by Wanindu Hasaranga. Mitchell Santner was alongside him when he brought up only his second T20 100 in the 19th over before being caught in the final over.

Sri Lanka made the worst possible start to the chase, losing three wickets for five runs.

Southee bowled a wicket-maiden to open proceedings, trapping Nissanka lbw, then long-time bowling partner Boult chipped in with two wickets in his first over.

He enticed an edge from Kusal Mendis to Conway then de Silva chopped onto his wicket. Charith Asalanka didn’t last much longer, caught by a diving Allen as Boult grabbed his third.

Spinner Santner came on and Chamika Karunaratne swung his bat, only to find Boult in the deep, leaving Sri Lanka in disarray.

Shanaka hit a gutsy 35 and Bhanuka Rajapaksa 34, but to no avail.

Kohli most complete Indian batsman of my time: Greg Chappell