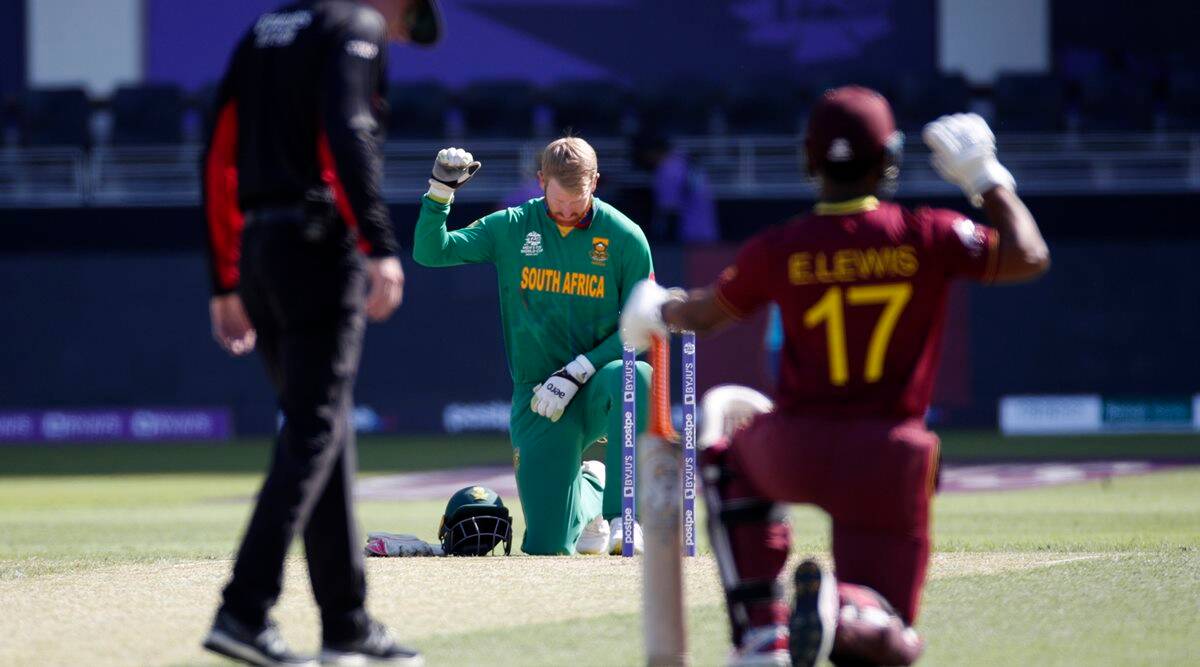 “He’s made himself unavailable for personal reasons,” South Africa captain Temba Bavuma said at the toss before the Group I match at the Dubai International Cricket Stadium.

Cricket South Africa (CSA) said its board met on Monday evening and decided the team should adopt “a consistent and united stance against racism” by taking the knee prior to the start of their remaining matches.

“Several other teams at the World Cup have adopted a consistent stance against the issue, and the Board felt it is time for all SA players to do the same,” the CSA statement read.

De Kock had declined to take a knee in the past calling it “my own personal opinion.”…it’s everyone’s decision. No one is forced to do anything. Not in life. That’s the way I see things. That’s just about it,” de Kock said in June.

CSA Board chairperson Lawson Naidoo said the commitment to overcoming racism “is the glue that should unite” the team.”Diversity can and should find expression in many facets of our daily lives, but not when it comes to taking a stand against racism,” Naidoo said.