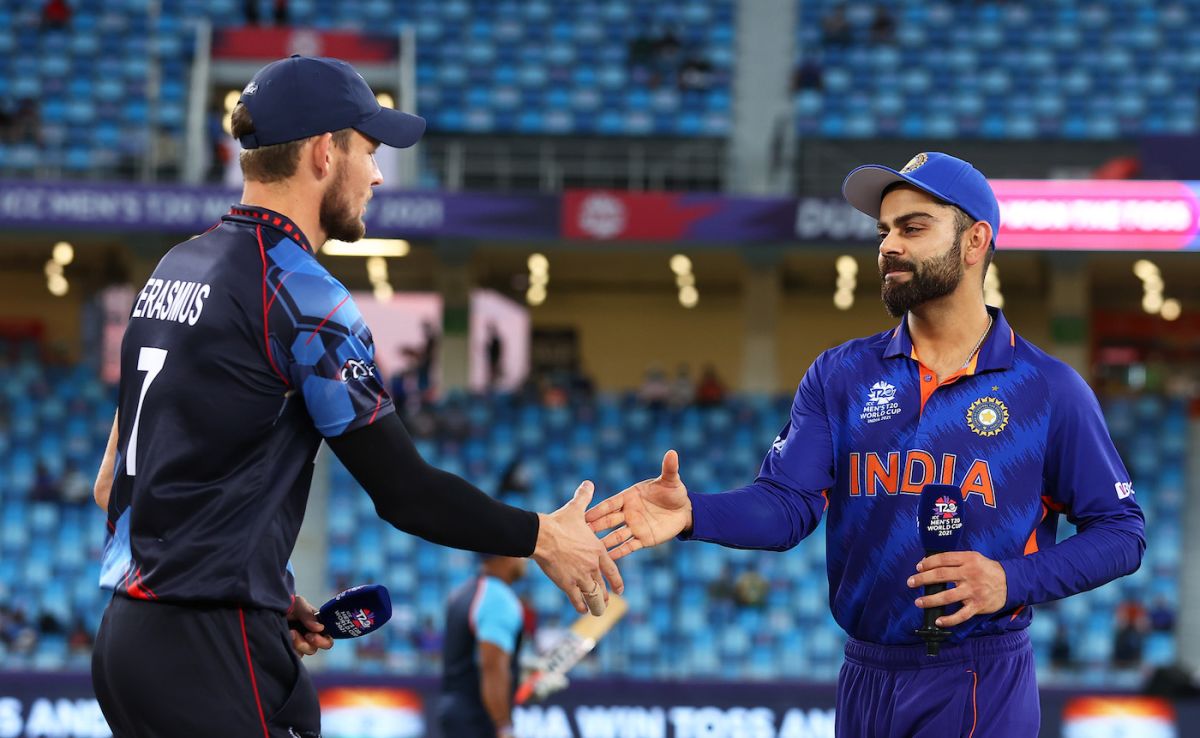 Dubai: India captain Virat Kohli won the toss and elected to bowl first against Namibia in their final Group 2 match of the ICC Men’s T20 World Cup at the Dubai International Stadium here on Monday.

This is Kohli’s last match as the T20I captain for India. It is also the last match of head coach Ravi Shastri, bowling coach Bharat Arun and fielding coach R Sridhar in the coaching set-up.

Kohli said that leg-spinner Rahul Chahar replaces Varun Chakravarthy in the playing eleven. “The tosses have been a big factor here so when I’ve won a couple it’s worth doing what we wanted to do from the start! It’s been an honour for me, I was given the opportunity and I tried to do my best. But it’s also time to create some space and move forward. I’ve been immensely proud of how the team has played. Now I think it’s time for the next lot to stake this team forward. Obviously, Rohit is here and he’s overlooking things for a while now.”

Namibia skipper Gerhard Erasmus said Jan Frylinck comes in for Karl Birkenstock in the playing eleven. “We’ll just take this as a great opportunity to go out against one of the world’s great sides. Opportunity for our batters to cash in against a great bowling line-up. The big goal was achieved in getting through that group stage. The invaluable experience we’ve picked up throughout these Super12s is something you can’t replicate back home and in any other series. Absolutely positive feedback back home, everyone’s quite inspired by what we’ve done. We’ve had some brilliant messages from all sorts of people back home, wishing us the best.”

Loss against South Africa brings England down to earth: Mark Wood ahead of World T20 semis