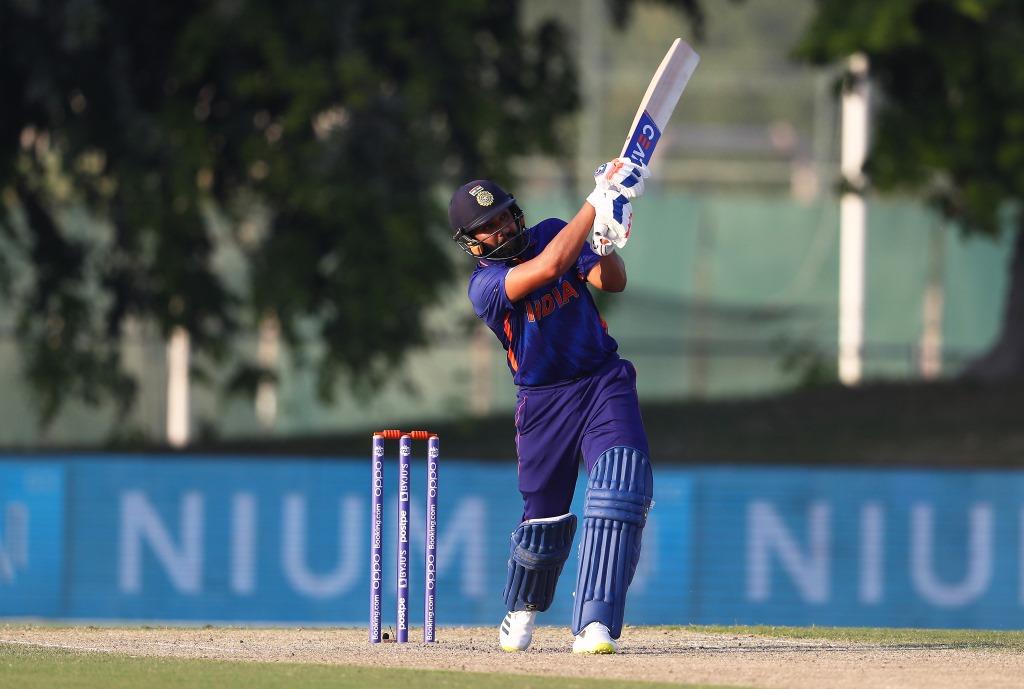 Dubai: India fine-tuned their T20 World Cup preparations with a convincing eight-wicket win over Australia in their final warm-up game here on Wednesday but the sixth bowler’s slot remained a worry as even Virat Kohli rolled his arm over going into the tournament proper.

Captaining the side with Kohli only taking the field to bowl, Rohit Sharma (60 retired off 41) showed sublime touch alongside opening partner K L Rahul (39 off 31) as India chased down Australia’s 152 for five in 17.5 overs.

Suryakumar Yadav (38 not out off 27) came at number three in Kohli’s absence and got valuable time in the middle which should boost his confidence going ahead.

Hardik Pandya (14 not out off 8) came at four to finish the game and he did it with a clean hit over the bowler’s head.

Another plus for India was seasoned pacer Bhuvneshwar Kumar finding rhythm after a poor outing against England.

India had also beaten England in their earlier practice game.

India restricted Australia to 152 for five in their final T20 World Cup warm-up match despite leaking 58 runs off the last five overs as Virat Kohli rolled his arm over to be a potential sixth bowling option for the team.

With Hardik Pandya not bowling, it is crucial that India find an extra bowling option to provide a cushion to the five specialist bowlers in a high-pressure tournament like the T20 World Cup.

Rohit mentioned at the toss that Kohli, Jasprit Bumrah and Mohammed Shami were rested from the game but the skipper took the field to bowl a couple of overs in which he conceded 12 runs.

India had Australia on the mat at 11 for three after Aaron Finch opted to bat first.

David Warner’s barren run continued after a failed attempt at a reverse sweep had him trapped in front off Ravichandran Ashwin.

The very next ball, Ashwin got rid of birthday boy Mitchell Marsh who played for the turn which wasn’t there only to edge it to the first slip.

Ravindra Jadeja had Finch lbw with a slider off his very first ball, leaving Australia with a lot of work to do.

While Maxwell used his reverse sweep to good effect, Smith kept himself by rotating the strike.

After Maxwell fell to a conventional sweep, Smith and Marcus Stoinis (41 not out off 25 balls) got together and provided a much needed final flourish to the innings.

Smith smashed Shardul Thakur for three successive fours in the 17th over before Stoinis hit a straight six and a boundary off mystery spinner Varun Chakaravarthy, who conceded 23 runs off his two overs.

After a bad day in office against England, Bhuvneshwar Kumar found his rhythm and was effective both at the start and in the death.

India, however, would be a tad disappointed to give away so many runs in the death overs and help Australia’s recovery.

It should be spinners’ World Cup, says Rashid Khan