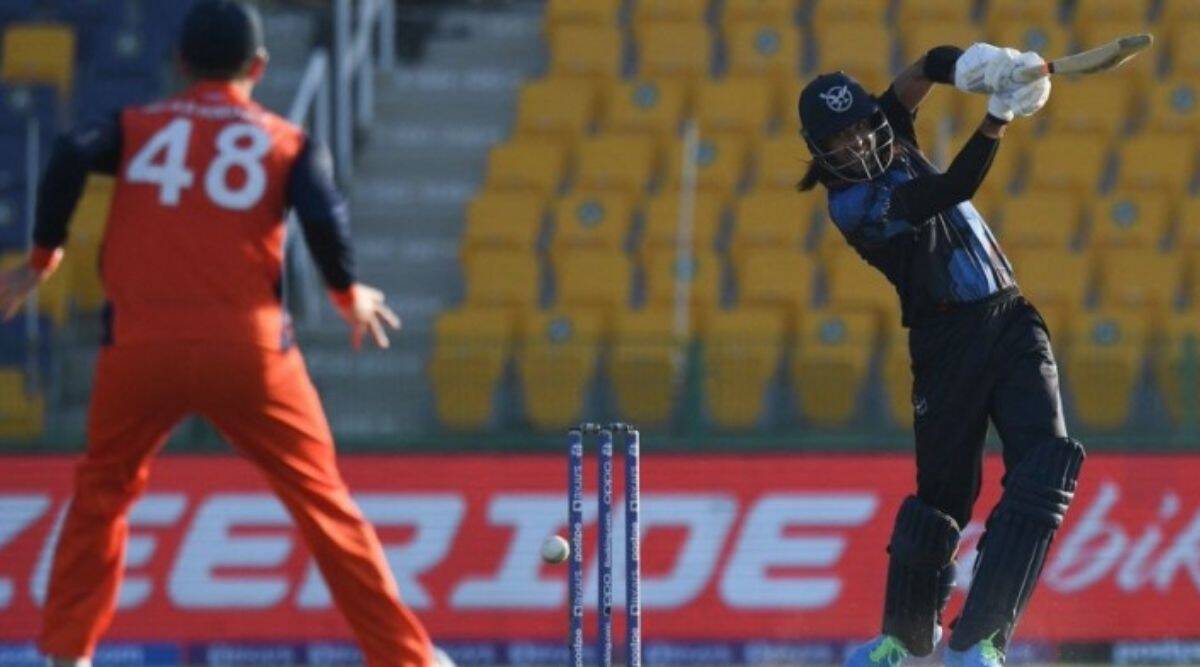 In a sensational display of power-hitting, David Wiese conjured up a 66-run knock to fashion Namibia’s six-wicket win over the Netherlands in a crucial first round Group A game of the T20 World Cup on Wednesday.

Wiese’s maiden international half-century changed the pace of the game in matter of minutes as runs flew thick and fast after he took charge at the crease and in the process added 93 runs with skipper Gerhard Erasmus (32) for the fourth wicket.

Chasing 165 to stay alive in the competition, debutants Namibia were stuttering at 52 for three after nine overs but Wiese single-handedly sank the Dutch side.

His onslaught on the spinners, especially the monstrous straight sixes, was a treat to watch as the Dutch bowlers were guilty of putting the balls in the slot for Wiese to clobber.

And even if the pacers drew the length a bit back, the 36-year-old Wiese had enough power to muscle the ball around for big shots.

He raised his fifty in just 29 balls, with a six off rival skipper Pietar Seelar. His 40-ball unbeaten knock was adorned with five sixes and four shots to the fence.

Erasmus too timed the ball beautifully and got boundaries with ease in his 22-ball knock that had four fours and a six.

The victory has kept Namibia in hunt for the Super-12 stage and now need to beat Ireland in their final game in the first round. They had lost to Sri Lanka in their opening match.

The Netherlands now have lost both their games and their chances to make it to the next stage are quite low.

Earlier, opener Max O’Dowd (70) struck his second consecutive half-century and shared a 82-run stand with Colin Ackermann (35) to help the Netherland post a competitive 164 for four.

O’Dowd, who had hit 51 against Ireland in the previous match, expressed himself freely, going after the bowlers. At times he played uppish shots, not exactly in control but still kept finding the gaps to keep the scoreboard going.

His 57-ball knock had six fours and a six.

Stroke making was not easy on the wicket and his opening partner Stephan Myburgh (17) was happy playing the ball according to merit.

Myburgh got out when he tried to slap one hard from Frylinck but ended up giving a simple catch to Baard at point.

The Dutch side had high hopes from experienced Roelof van der Merwe (6) but he also fell cheaply off pacer David Wiese.

Next-man in Ackermann though timed the ball nicely and even used his feet effectively.

O’Dowd completed his fifty with an inside-out boundary off the bowling of spinner Bernard Scholtz in the cover region. That shot also brought up hundred of the side in the 14th over.

Pacer JJ Smit was impressive with his accurate widish deliveries in slog overs, not letting the Dutch batters score freely. Wiese too kept it tight.