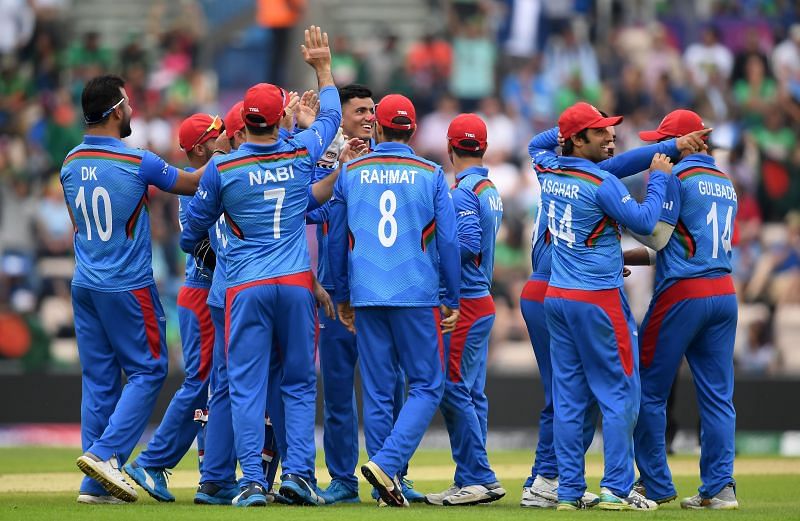 Dubai: Their confidence sky-high after two consecutive victories, Pakistan’s razor-sharp attack will test the prowess and maturity of Afghanistan’s impressive batters when the two teams clash in a Super 12 Group 2 match in the T20 World Cup here on Friday.

The impressive wins over India and New Zealand has made Pakistan the team to watch out in this tournament but the unpredictability factor that has always surrounded this team is something what their Asian neighbours can benefit from.

The Babar Azam-led side will certainly go into this contest as favourites but Afghanistan is not a side that can be taken lightly now. A mix of powerful strikers and world-class spinners make them an exciting unit.

Afghanistan batters dominated the Scotland bowlers with their power-hitting but now they have to contend with an attack that is one of the most dangerous in this event.

They will have to show maturity and treat the balls on merit. Going after the attack blindly is not an option against Pakistan.

If Hazratullah Zazai, Rahmanullah Gurbaz and Najibullah Zadran can muscle the ball around, the world-class spinners in Rashid Khan and Mujeeb-Ur Rahman make Afghanistan a very balanced side.

Bowling first looks the best option for them since Rashid and Rahman have the ability to stop even the best in the world. The batters can then devise a strategy around the chase since they do not lack the killer instinct but are still inexperienced to handle big-stage pressure matches .

The way pacers Shahin Afridi, Hasan Ali and Haris Rauf have troubled the batters thus far, it’s highly unlikely that the Pakistan pace trio can be put under the pump by Afghans.

Add to that the experience of off-spinner Mohammed Hafeez and the guile of Imad Wasim and Shadab Khan, it’s no mean task for Afghanistan to dictate this side.

So, putting pressure on Pakistan batters is the best chance for Afghanistan if they have to win this contest.

For Pakistan to do well, their top-order, manned by the skipper Azam himself and Mohammad Rizwan, who has been in good touch, needs to perform.

Fakhar Zaman and Mohammad Hafeez would be required to do the job, should the openers fail.

A hat-trick of wins will enhance Pakistan’s chances to make the knockout stage from this group since they’ll just be left to deal with a struggling Scotland and debutants Namibia.

The win against Scotland served as tonic for Afghanistan and it remains to be seen how they perform when they clash with formidable sides.

I am not racist: Quinton de Kock says fine with taking knee, available to play for South Africa