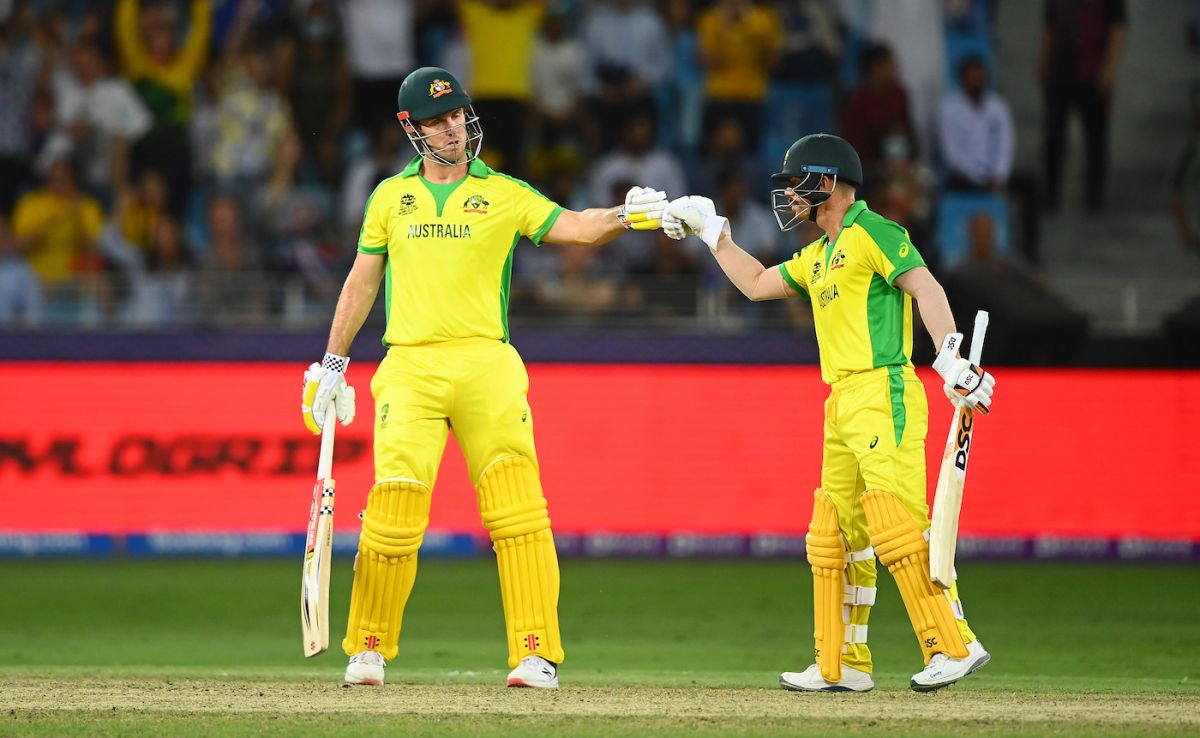 Australia captain Aaron Finch has won the toss and elected to bowl first against New Zealand in the final of the ICC Men’s T20 World Cup at the Dubai International Stadium on Sunday.

After winning the toss, Finch said that the playing eleven is unchanged from the semi-final win against Pakistan. “Looks a little bit dry but I don’t think it will change. It might skid with the new ball. The way we hung in the contest and take it deep was crucial for us. Zampa has been superb for a while in the shortest format, and hopefully that will continue. It is a new format, a new team and our record over NZ doesn’t matter at all.”

“We would have fielded as well. It looks like a reasonable wicket and who knows about the dew. It is a shame that Conway misses out but as a team we have to move on and focus on the challenge at hand. Mitchell Santner is a world class operator and it didn’t quite work out in the match the other night. We don’t want to look too far ahead and we just need to make a few small adjustments.”