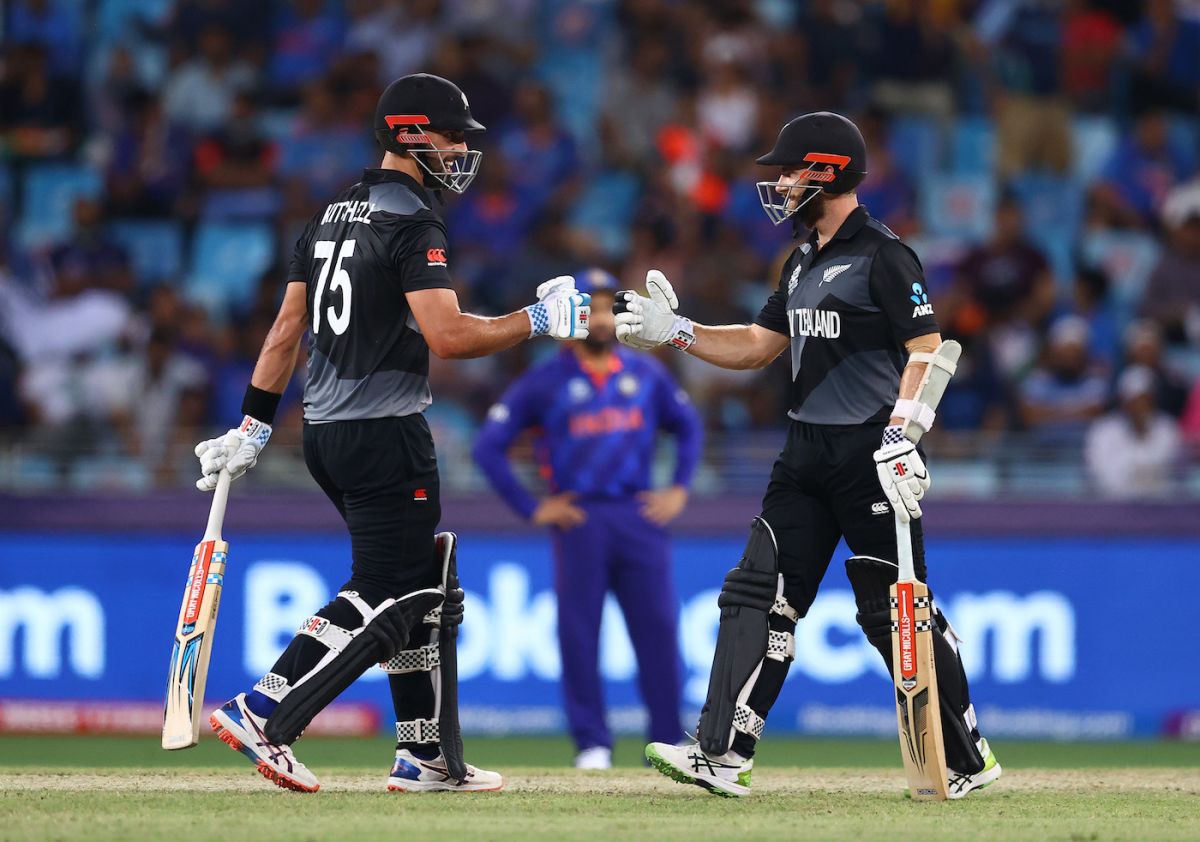 Dubai: Virat Kohli led Team India was beaten by New Zealand after the men in blue set a paltry target of 111 for the Black Caps in their crucial Super 12 encounter here on Sunday.

India’s score of 110/7 was also their lowest ever score batting first in a T20 World Cup.

The Kiwis wrap up the chase with 8 wickets in hand.#INDvNZ #T20WorldCup pic.twitter.com/mxI4wspXKU

Ish Sodhi named Player of the Match with vital wickets in the middle overs in Dubai. Sodhi finished with 2-17 from his four overs with the wickets of Rohit Sharma and Virat Kohli. #T20WorldCup pic.twitter.com/TFEwxaWXcL

India made two changes to their playing XI with Ishan Kishan coming in place of Suryakumar Yadav, who is suffering from back spasms while out-of-form Bhuvneshwar Kumar made way for all-rounder Shardul Thakur.