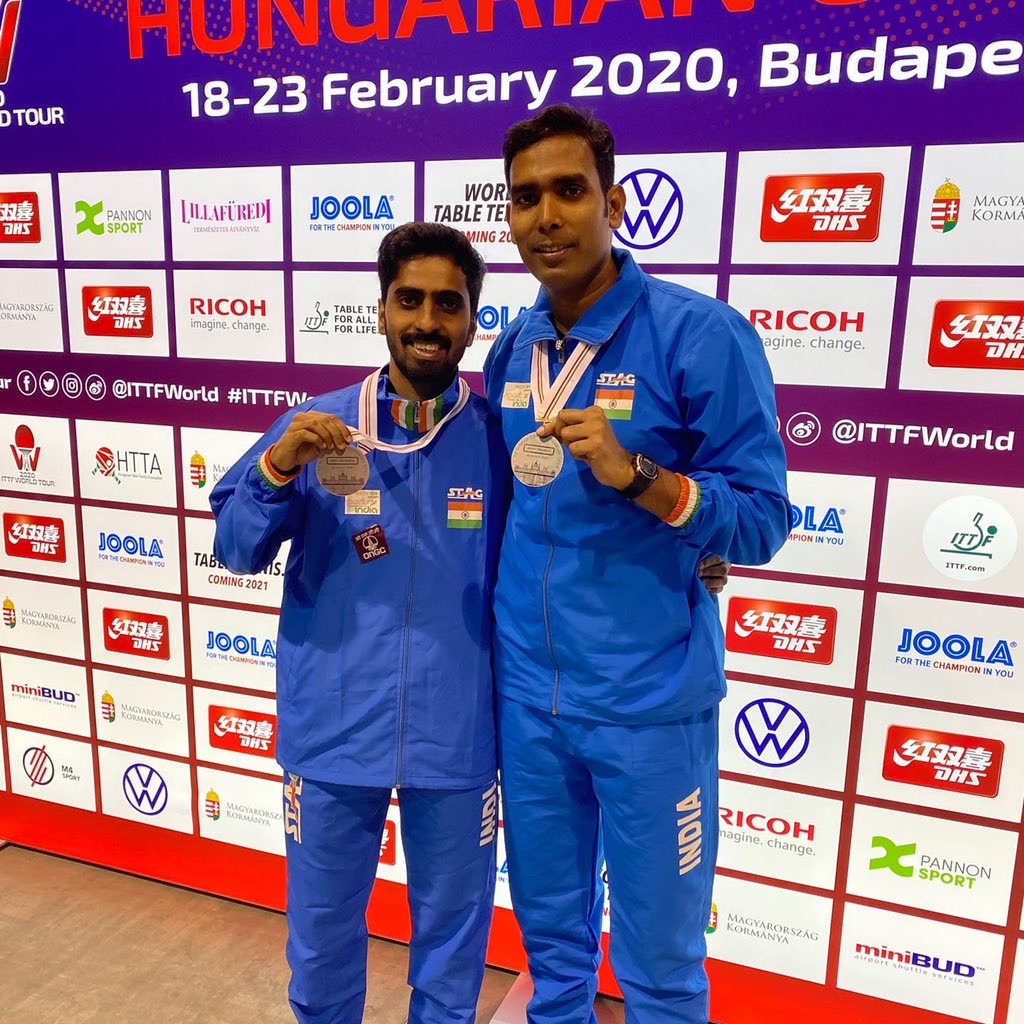 New Delhi: India’s leading players Sharath Kamal and G Sathiyan will be extending financial help to more than 130 needy members of the table tennis fraternity amid the COVID-19 pandemic after raising more than Rs 13 lakh for charity.

The original goal of the paddlers was to raise Rs 10 lakh but with more funds coming in, they can now help at least 130. The needy will receive a one-time grant of Rs 10000 each. Former player Neha Aggarwal is helping Sharath and Sathiyan in the initiative.

Promoters of the Ultimate Table Tennis (UTT) league, Vita Dani and Niraj Bajaj, have also made a contribution.

Financial help will be provided to players, coaches and umpires who have been hit hard by the financial impact of the pandemic.

“We initially planned to help around 100 people but the response has been great and now we can help at least 30 more. We are accepting donations till Sunday and after that we will take a call on how many more we can help.

“I really want to thank the donors for their contribution,” Sharath told PTI.

Sharath and Sathiyan had initially come together to help eight local coaches in Chennai. Neha then joined the duo to take the ‘Our Chance to Serve’ initiative to a bigger stage which has raised more than the targeted amount following UTT’s support.

“UTT has been playing a constructive role in not only developing the sport of table tennis but also supporting its many stakeholders. At a time when lives and livelihoods are in distress, this initiative is indeed the need of the hour.

“We believe our contribution will be able to support the people in need and strengthen their resolve during these tough times,” UTT co-promoters Dani and Bajaj said in a joint statement.