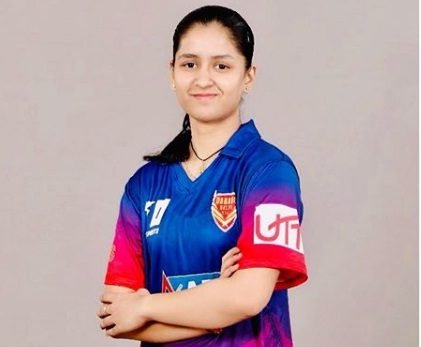 New Delhi: Junior national bronze medallist Naina Jaiswal hopes Ultimate Table Tennis will spread to other centres like Hyderabad so that her wish to represent her home state would be fulfilled.

Telangana’s Jaiswal claimed bronze in girls singles at the junior Table Tennis Championship in 2018. She is playing at the ongoing UTT for the Dabang Delhi franchise.

“I hope in coming times Hyderabad will also have an Ultimate Table Tennis team, where I can represent my home side. Premier Badminton League have a Hyderabad team (Hyderabad Hunters), I think UTT will also expand in the upcoming season,” she said on Friday.

The Hyderabad girl also suggested that since table tennis is not a mass sport like cricket and badminton, leagues like UTT need to grow bigger to encourage and promote the game at the grassroots level.

Speaking on her gains from the league, the young paddler said, “I have got to learn various techniques, like which ball to attack and when you lose points, how your mind should work.”

“Since I am competing with several foreign players and some amazing Indian players, I have learned how to maintain consistency,” she added.

When asked about her future plans, Jaiswal, who is currently pursuing her PhD said, “I am aiming for the 2022 Commonwealth Games and my only focus is to represent the country at the international level.”