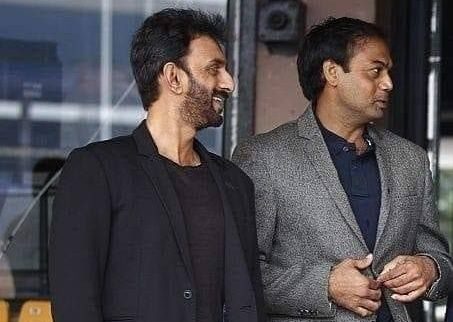 Vikram Rathour has to quickly blend into the Indian cricket team's fold.

Mumbai: Vikram Rathour might have been succeeded Sanjay Bangar as India’s batting coach but he would be as good as the Indian batsmen’s performance whom he would tutor.

The job of a batting coach is to find remedies for batsman’s deficiencies. Bangar did a commendable job in the position. Coming from Aurangabad, he is a keen student of the game, a voracious reader and a man of few words. The batsmen who confided in him has benefitted from his inputs over the years.sports news in english

Now that Rathour has come in, his immediate task is to groom the young talents in a team that has a considerable number of experienced players. His task would be to mould the likes of Shreyas Iyer, Manish Pandey into reliable batsman in ODIs and T2OIs.

EXCLUSIVE: Great time for me to be taking up batting coach's role: Vikram Rathour tells @Moulinparikh

From the middle-order conundrum to man-management skills, the newly appointed batting coach shares his vision for #TeamIndia

Rathour’s primary responsibility would also be to find a pair of settled openers for Tests. India would have Prithvi Shaw within their ranks from November 15.

The new batting coach would hope he comes back stronger. Shikhar Dhawan is unreliable and Rohit Sharma has failed to cement his place at the top in red-ball cricket.

It would be a challenging proposition for Rathour, who hardly has any time to get into the groove with a three-match Test series against South Africa beginning on October 2 followed by Bangladesh series.sports news in english

He has to present his plan of action to skipper Virat Kohli and head coach Ravi Shastri straightaway.

Lots to ponder for England after Ashes loss

That the England team, apart from Joe Root and Ben Stokes, was full of bits and pieces players was laid bare by their Ashes defeat to Australia.

Their defeat in the fourth Test proved that if Stokes or Root fails – as the England skipper did in the fourth innings, out for a duck, his third in the series – England have no one to pull them out of trouble.

Had it not been for Stokes, they would have lost the Ashes in the third Test itself.

Judging by their Ashes performance, it seems England only had prepared for the World Cup and not the Ashes that succeeded it.

Their objective of winning their maiden World Cup has been achieved, albeit in controversial circumstances. But at what cost did it come?

Did they neglect the traditional Tests for ODI glory? Their batsmen, apart from Root and Stokes, are not equipped to succeed in the rigours of Test cricket.

They tried several permutations and combinations in the batting order. But as Geoffrey Boycott has said you can’t achieve success by swapping positions in the middle of a series.

It is surprising since England have a laudable development system where each county have separate talent officers, who are all connected to England’s cricket board. With all the resources at their disposal it is baffling that they can’t find a proper top-order batsman fit to bat in Test cricket.

If England batsmen continue to exhibit these technical faults, then they would have a tough ride at the inaugural World Test Championship. 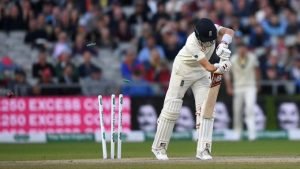 Skipper Joe Root is under pressure after England lost the Ashes.

Not that Australia are without glitches. Their find of the series was Marnus labuschagne, who came into the team by default after Steve Smith was forced to sit out the third Test due to injury.

It helped that Labuschagne was among the runs, scoring for Somerset in the English County season. He is a technically correct Test match batsman, who also bowls some overs of leg spin.

But there are technical problems among Australian batsman too. David Warner has turned into a bunny of Stuart Broad. With an open stance, Warner is squaring up while facing the angular deliveries of Broad, which is a big technical deficiency.

It’s puzzling why former England batsman Graham Hick and ex-Australia opener and now the team’s coach Justin Langer have failed to fix the obvious glitch. Not only Warner, Australia’s other left handers have also faced the same problem against Broad.

Nary Contractor had said that in India’s tour of England in 1959, a similar problem crept into his game. In those days England had swing bowlers rather than tearaway quicks and playing them on uncovered pitches was a difficult proposition.

It is then that Brian Statham’s tips on how to remain side on while batting helped Contractor score 81 in the second Test at Lord’s.

Warner needs to introspect. Having scored 21 Test hundreds and 17 ODI tons, he is too good a batsman to fail consistently. But the manner in which he is getting dismissed and his lax body language thereafter suggests that he is virtually surrendering his wickets.

He doesn’t know what needs to be done. And he is not the first neither he would be the last to face such a slump in form.

The great Denis Compton struggled to such an extent in the 1954-55 Ashes that he was made to look like a school boy in the series Down Under. The legendary Greg Chappell also faced these type of lean patches.

Mental problems along with technical deficiencies do creep into a cricketer’s game. Warner has to take a leaf out of Steve Smith’s book. Smith has developed his mental game and batting rhythm. He goes through a detailed process to “get into a zone” while batting. 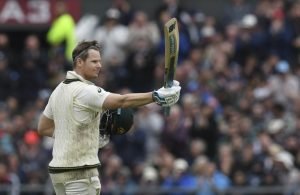 It is evident Smith has worked very hard on his batting during his 1-year suspension for ball tampering.

He has achieved a Bradmanesque average by undergoing a specific routine. He shuffles across the stumps, has an exaggerated ball leaving style and is a prime suspect of an LBW candidate.

But his hand-eye combination and head position while striking the ball he is in a perfect position. West Indies stalwart Rohan Kanhai used to fall on his back to execute a sweep shot.

Apart from his batting peculiarity, he is a confident guy who has compelled English fans to convert their boos to applause.

Australia and England not only need to sort out their batting and bowling woes but also fielding to entertain any hopes of winning the WTC.

The fielding standards in the Ashes have been average. Is it because of fatigue?

With England’s loss, clamour of skipper Root’s head have grown. Many feel he has too much of a burden as the captain as well as the team’s premier run scorer. But who could be his replacement? There are hardly any options, Ben Stokes not being one of them, neither do they have someone of the calibre of Mike Brearley.

All in all, a lot to think about for England after losing the Ashes.

I don’t care about criticism of my knighthood, says Boycott