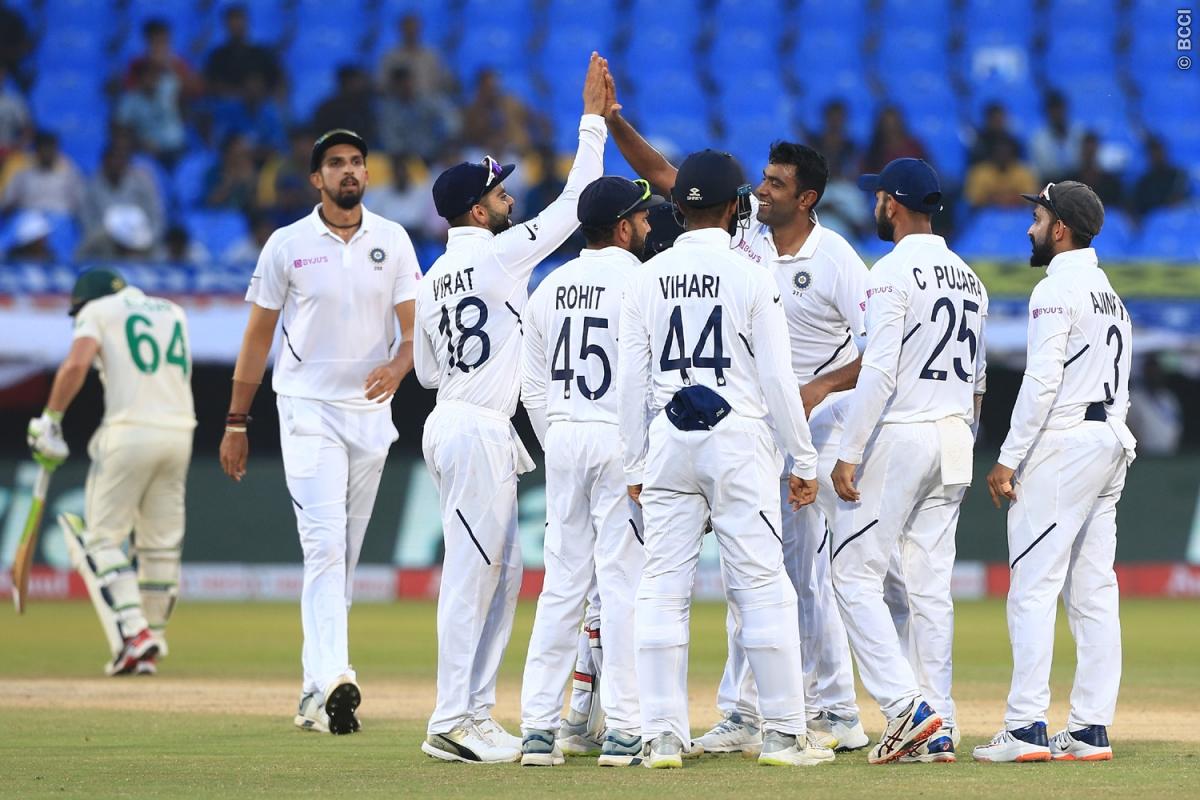 Pune: The current Indian bowling attack has been lethal for a considerable length of time and coach Bharat Arun is happy that his wards have nullified the pitch factor with their amazing skill set and consistency.

Mohammed Shami’s superb second innings effort in the first Test against South Africa in Visakhapatnam on a low and slow track which was supposed to aid spinners has been the talk of the town as much as Ravichandran Ashwin’s seven-wicket haul when conditions were more conducive for batting.

“We don’t ask for the kind of wickets that we get. For us to be the No. 1 team in the world, any conditions that come your way, you have to accept it as home conditions,” Arun, who has done phenomenal job with the bowling unit, told reporters on Tuesday.

The mantra is on developing the skills rather than become a slave of the conditions, said Arun.

“When we go abroad, we hardly look at the wicket. We say that we are going to look at it as home conditions as wicket (track) is same for both teams. We are going to work on our bowling rather than looking at the wicket,” the former India seamer said.

While he is happy that his pacers have performed even on the flattest of tracks, Arun finds it difficult to digest when people criticise sub-continental tracks that offer turn.

“When we get seaming tracks abroad, we get to hear that ‘Oh Indians should learn to play on seaming track’. Seaming tracks are considered to be good tracks, but whereas if there is a track that assists spin, you say ‘oh, how can you spin the ball on day 1’.

However, as the top side in world cricket, Arun said conditions are secondary in their endeavour to remain the best in the business.

“Ideally, a normal wear and tear wicket for Test match is fine but if you want to be No. 1 team in the world, you can’t be looking at wickets. You got to look at the bowling, adapt your bowling instantaneously for success.”

He then provided Shami’s example of how pure skills and technical knowledge can seal it in challenging conditions.

“In the last game, even though the wicket was abrasive, the ball did not reverse that much, what normally happens on Indian wickets. You then adjust your line and length when the ball is not reversing,” he said.

“The particular wicket that we played the last game tended to keep a bit low and we realised it has to be more stump line and not outside the off-stump. Shami got four out of his five wickets bowled, so the line changed. Now, the quicker a bowler becomes aware of what is happening, chances of success increase,” said Arun.

The freedom given by skipper Virat Kohli to the pacers on how much they want to bowl has also been a key to success, opined Arun.

“Different bowlers are dealt with differently. Bumrah and Shami come in short bursts but Ishant bowls a longer spell — about 7 overs. Shami has in fact said in one of his interviews that captain lets them do what they want.

“He (Kohli) gives freedom to choose whether they want to bowl a short spell or a long spell. Bowlers are aware how they could be a lot more effective and they convey this to the captain,” said Arun.

Ben Stokes’ wife terms reports of him choking her as ‘nonsense’