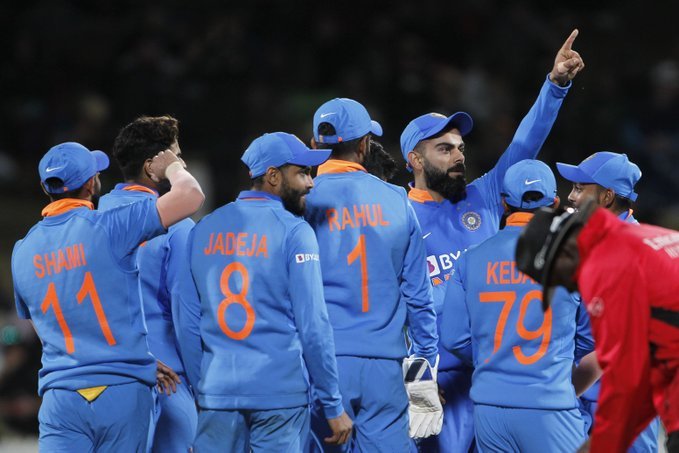 Mumbai: In any form of cricket, whitewashing an opponent 5-0 is no mean feat. At their home, New Zealand always pose a formidable challenge.

Their grounds are small, most of them are meant for rugby. And they know how to capitalise on them.

KL Rahul grabbed his chances with both hands, emerging as a dependable wicket-keeper batsman. With Rishabh Pant struggling to fill the dual responsibilities and Sanju Samson failing to make most of opportunities, Rahul’s emergence is a relief to the team management.

He was always considered a good batsman but it was his glovesmanship that was untested so far.

Now that he has passed with flying colours, it increases options for the team management to try out new combinations, particularly in limited-overs formats. 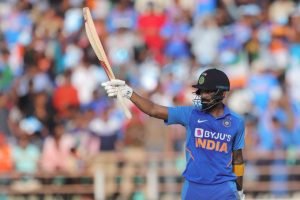 KL Rahul has given a good account of himself as a wicket-keeper.

Samson and Pant’s failure to cement their places paved the way for Rahul. Every team works on combinations. Once it is decided, the team management backs the player, a trait evident in Indian cricket for the past two years.

In spite of failures, a player is certain to get several opportunities to show his mettle. It is hence players’ responsibility to respond to the trust shown upon them by performing in the middle.

Team India has developed a ruthless streak, attacking with venom and executing their plans effectively in most matches.

Two Super Over wins also shows they hate to lose and back themselves to fight till the last ball. Both 3rd and 4th T20Is were believed to be lost causes.

But the bowlers kept their composure at the death overs and orchestrated a turnaround from a hopeless situation.

Indian bowlers were on target throughout the series, containing NZ’s top order during the Powerplays. In the middle overs, fielding, barring one match, complemented India’s bowlers.

Playing on alternate days made life difficult for the players. Soaking in huge pressure on top of a demanding schedule isn’t something that young players manage easily. Unless one is mentally fresh, it becomes difficult to perform on the field.

Shivam Dube must consider himself lucky to get chances despite failures. Someone like Jalaj Saxena, a proven all-rounder in domestic cricket, doesn’t even get a consistent run of matches even for India A.

Dube must work on his bowling. The Mumbai lad has scope for a lot of improvement. Bowling coach Bharat Arun should give him extra attention as Dube has been taken for runs in several matches. If he has to be considered seriously as an all-rounder, then he has to improve his bowling.

The team management’s has suggested treating ODIs as T20Is in the build-up to the T20 World Cup. The ODI series will give the team to regroup. 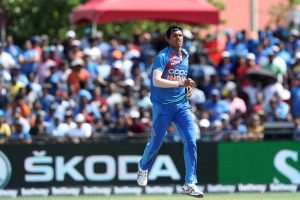 Navdeep Saini is fast making a name for himself.

The Indian team could utilise the three ODIs in trying various combination of fast bowlers. If Bhuvneshwar Kumar doesn’t become fit for the three ODIs against South Africa in March, then questions would be raised about his participation in the Indian Premier League (IPL).

The 2020 IPL would be essentially a selection trial for the T20 World Cup. Players would play around 14 T20 matches and the World Cup squad would be picked after the conclusion of the IPL, where selectors would be looking to fill two or three slots in the team.

In the absence of Kumar, Shardul Thakur has become a vital team player. The way he bowled in the 19th over shows his abundant self-belief. Navdeep Saini is also developing into a wicket-taking bowler with is sharp yorkers, which helps lessen the burden of Jasprit Bumrah and Mohammed Shami.

Chasing scores in the region of 330-340 could maintain the tempo of T20Is. The Indian team is setting bigger goals, which is a credit to the skipper Virat Kohli, and the coach staff headed by Ravi Shastri, who have built a healthy environment in the dressing room.