Teenager Coco knocks out Venus, World No. 2 Osaka ousted in Wimbledon first round 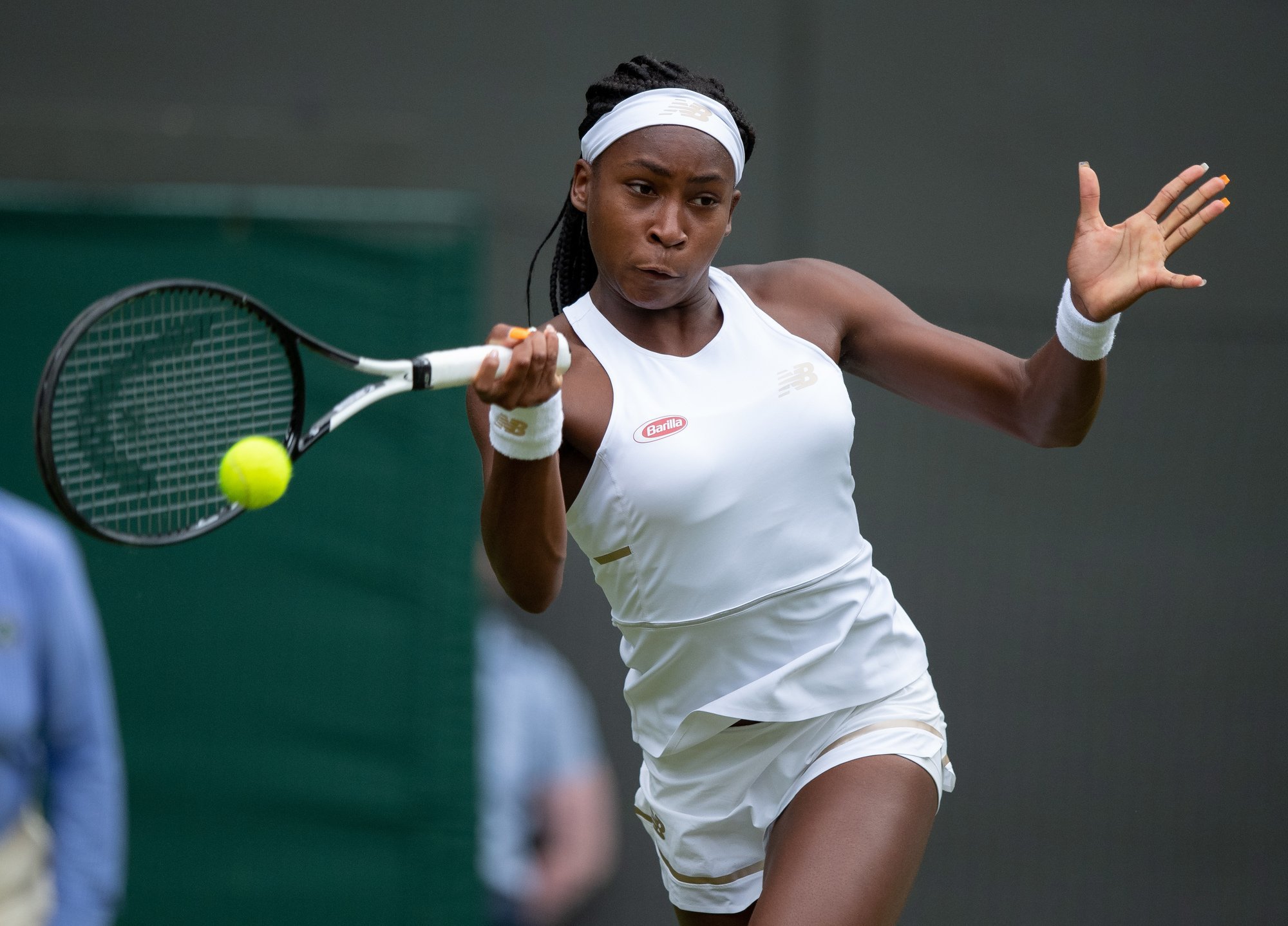 “She said congratulations. I told her thank you for everything that you did. I wouldn’t be here without you. I always wanted to tell her that,” the 15-year-old Gauff said after the match on Monday, reports Efe.

The World No. 301, the youngest player ever to qualify for Wimbledon in the Open Era, took out a player who is 24 years her senior, setting a record for the match with the biggest age difference between opponents at the grass-court event.

“Honestly I don’t really know how to feel. That’s the first time I have ever cried after winning a match. I don’t even know how to explain how I feel,” Gauff said.

Made for the big stage ✨@CocoGauff becomes the youngest player since 1991 to win in the first round of the ladies' singles, beating Venus Williams 6-4, 6-4#Wimbledon pic.twitter.com/hfgcQGdZtq

Williams, a five-time Wimbledon champion, appeared to be getting back into the match at 4-4 in the second set, but Gauff did not falter and continued to put the pressure on.

“I definitely had to tell myself to stay calm, I had to remind myself that the lines are the same lines, the courts are the same size and after every point I told myself ‘stay calm,’” Gauff said.

With this victory, Gauff, who had just 31 professional matches under her belt heading into Wimbledon, will move up to world No. 215 in the WTA rankings.

Up next for Gauff is Slovak veteran Magdalena Rybarikova, who took out No.10 seed Aryna Sabalenka, of Belarus, 6-2, 6-4 earlier in the day.

Dual Grand Slam winner, Naomi Osaka made an early exit at the hands of familiar foe Yulia Putintseva on Day 1.

Meanwhile, World No. 2 Naomi Osaka of Japan was upset by Yulia Putintseva of Kazakhstan 7-6 (4), 6-2 in the women’s singles first round. Seventh seeded Romanian Simona Halep began her Wimbledon campaign with a convincing 6-4, 7-5 victory over Aliaksandra Sasnovich of Belarus.

Pant, Agarwal could be short on match fitness: Kaif