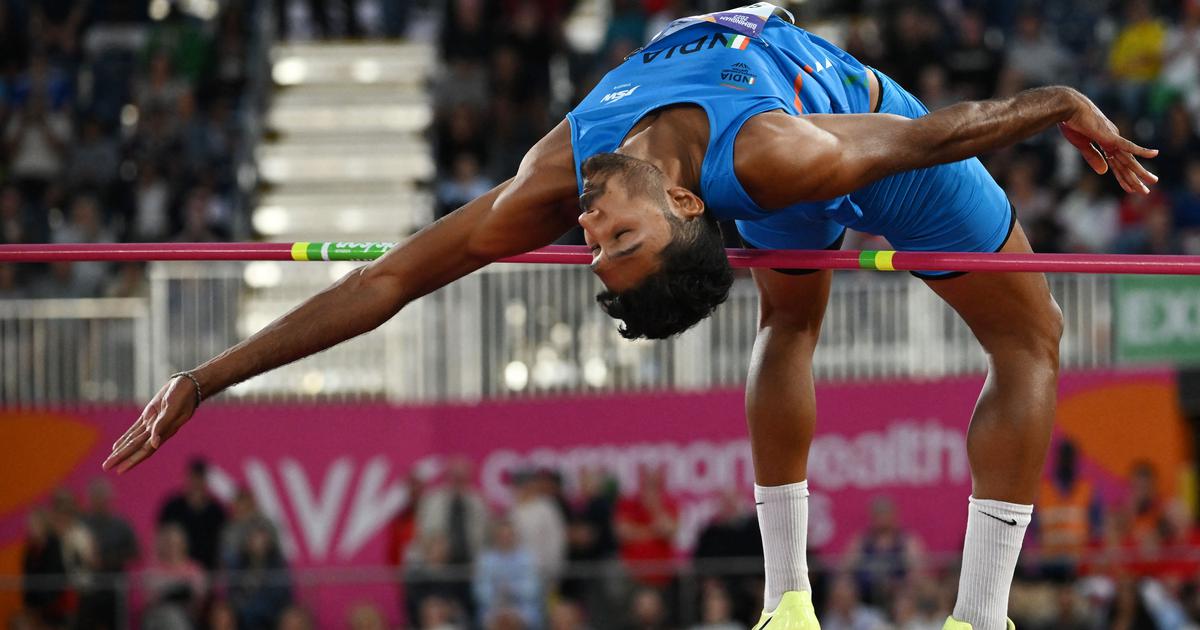 Birmingham: A last-minute addition to the athletics team, Tejaswin Shankar on Wednesday became the first Indian to win a men’s high jump medal in the Commonwealth Games as he clinched a bronze in the final here.

The national record holder cleared 2.22m to finish third on countback. Donald Thomas of Bahamas and England’s Joel Clarke-Khan also cleared 2.22m but they needed more than one attempt to do it while Shankar was successful in single try.

The 23-year-old Shankar could not soar over 2.25m in two attempts. He then went for 2.28m in his third and final attempt in a bid to win a silver but failed.

Before Shankar, the best position an Indian had achieved in men’s high jump in CWG was by Bhim Singh who cleared 2.06m in the 1970 edition in Edinburgh.

“I had a long (US) collegiate season and started jumping in January but getting a bronze here is like a dream come true and I’m just happy to take something back home with me,” an elated Shankar said.

Shankar had finished sixth in the 2018 Gold Coast edition with a best jump of 2.24m.

Shankar, who was added in the Indian athletics squad on the orders of Delhi High Court, has a season’s best of 2.27m and personal best of 2.29m.

Hamish Kerr of New Zealand won the gold while Australia’s Brandon Starc clinched the silver. Both cleared 2.25m but could not soar over 2.28m but the Kiwi won the gold on count back.

“I’ve been seeing these guys (Hamish Kerr and Brandon Starc) on TV all the time so just to share the podium with them is spectacular. This is my first feather in my cap so I just want things to move forward from here,” he added On July 22, Shankar was cleared to compete at the Commonwealth Games after the organisers accepted his entry on the request of Indian Olympic Association (IOA), ending a month-long drama surrounding his participation.

The organisers had initially rejected Shankar’s late entry but the IOA later got confirmation from the Commonwealth Games Federation (CGF) and Birmingham CWG organisers about acceptance of his entry after a Delegate Registration Meeting (DRM).

Shankar had petitioned the Delhi High Court after he was not selected for the CWG despite achieving the qualifying standard set by the AFI.

The national federation later told the Delhi HC that Shankar has been included in the Indian athletics team in place of 4x400m relay team member Arokia Rajiv, who was named in the original squad.

Shankar had filed a petition at the Delhi High Court challenging the decision of the AFI to exclude him from the team, contending that he reached the qualification guidelines of the AFI by jumping 2.27m at the NCAA Championships in USA, where he is studying.