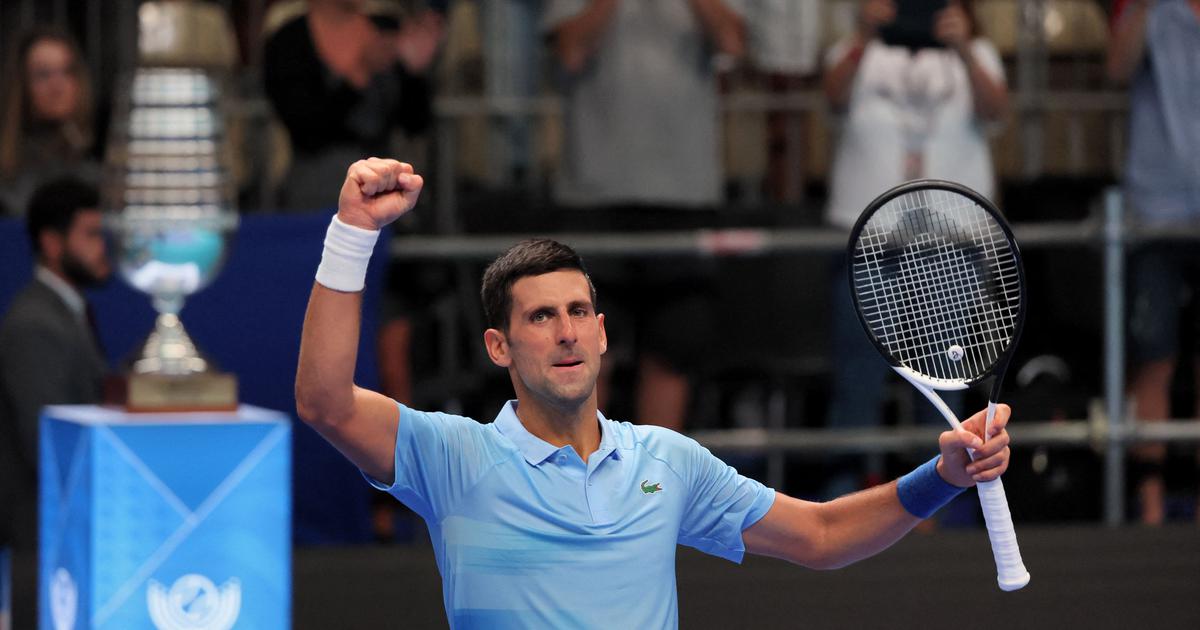 Novak Djokovic advanced to the Tel Aviv semi-finals on Friday with a hard-fought straight-sets victory over Canadian Vasek Pospisil.

The top-seeded Serb won 7-6 (7/5), 6-3 in just under two hours against the 149th-ranked Canadian to maintain his perfect record in their six meetings.

“It was a great, positive win,” said Djokovic, who is playing a singles tournament for the first time since winning Wimbledon in July.

“Vasek is one of my best friends on the Tour. We have known each other for many years.

“It is never easy playing someone you respect so much and like so much, but we are both professionals and wanted to win the match and you can see that.

“I think the level of tennis was really high. Especially towards the end of the first set and the second set. Credit to him for fighting. Great to see him back.”

Djokovic, who has dropped to world number seven, had to fight in the first set before winning a tie-break 7-6 (7/5) in 59 minutes.

The 35-year-old Serb twice broke his rival’s serve in the second to keep his record of never dropping a set against the 32-year-old Canadian.

After winning his 21st Grand Slam title at Wimbledon in July, Djokovic had not played again until the Laver Cup team competition last week in London.

He had to skip all American tournaments, including the US Open, the last major of the season, because of his refusal to be vaccinated against Covid-19.

After Tel Aviv, Djokovic wants to play the Astana Open, from October 3 to 9 in Kazakhstan, before defending his title at the Paris Masters from October 31 to November 6.

In both tournaments he could meet Spaniard Carlos Alcaraz, 19, who became world number one after winning the US Open.

The main end-of-season objective for Djokovic remains the Masters made up of the first eight of the ATP ranking, from November 13 to 20 in Turin.