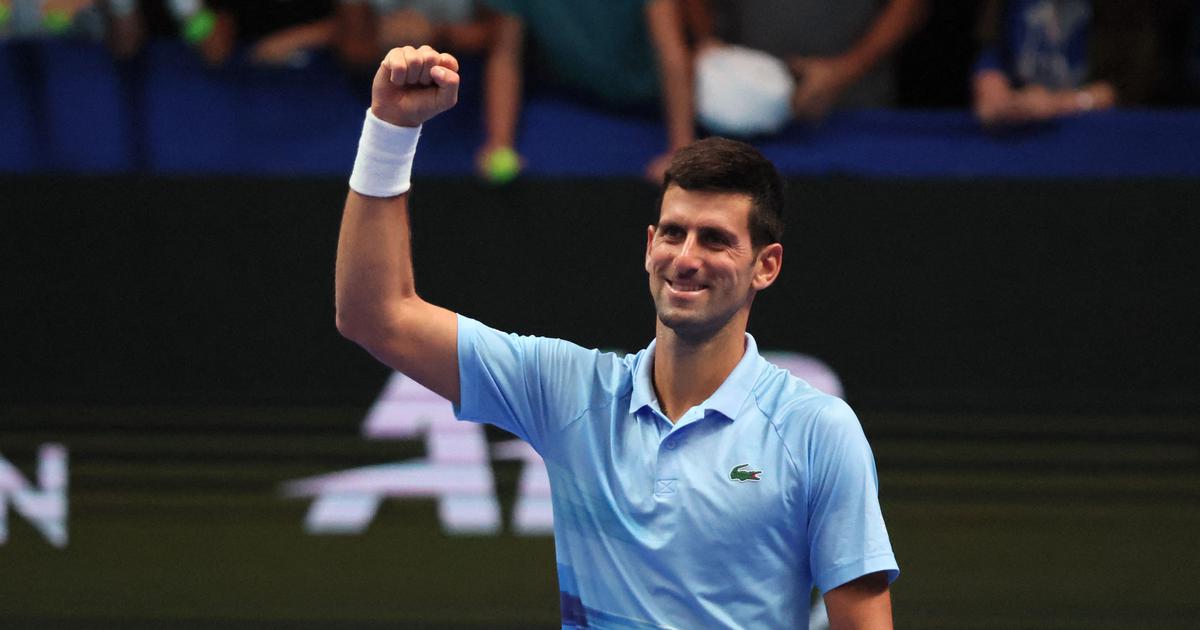 Novak Djokovic claimed his third title of 2022 and 89th of his career with an impressive straight-sets victory over Marin Cilic in the Tel Aviv Open final on Sunday, insisting his lengthy absence since winning a seventh Wimbledon crown in July provided “extra motivation”.

The 35-year-old Djokovic triumphed 6-3, 6-4 to add the Israeli hard court trophy to victories on the Rome clay and Wimbledon grass this season.

Djokovic was playing his first singles tournament since wrapping up a seventh Wimbledon crown and 21st Grand Slam title.

He was banned from the US Open and the entire North American hard court swing over his refusal to be vaccinated before returning for Roger Federer’s farewell in the Laver Cup team event in London last month.

“I played some very good tennis. I didn’t drop a set the entire week,” said former world No 1 Djokovic.

“I hadn’t played a tournament in three months, so it was really extra motivation for me to really do well, particularly because people have been so friendly and so supportive of me throughout the week. I’m taking some great confidence into next week as well.”

Djokovic’s win on Sunday came in his 127th career final. It also allowed him to become the first man this year to claim titles on the sport’s three different surfaces.

“My approach is to win tournaments wherever I am and I’m glad that I have a team of people around me that makes sure that I am in the best shape in order to be a contender to win titles,” Djokovic told atptour.com.

“That’s why I came to Israel, was to try to win the title. First time playing here since a Davis Cup tie more than 15 years ago, so it was a really amazing experience.”

On Sunday, Djokovic broke 34-year-old Cilic in the second game of the final and pocketed the first set with a fourth ace after 47 minutes on court.

Former US Open winner Cilic, chasing a 21st career title but first of 2022, was broken in the first game of the second set and never recovered.

The Serb only faced one break point in the match which was clinched in 94 minutes.

“Just everything really that we experienced this week was positive,” added Djokovic.

Djokovic now heads to the Astana ATP tournament where world No 1 and US Open champion Carlos Alcaraz takes the top seeding.

Ranked at seven in the world, Djokovic – having won a Grand Slam title this season – just needs to finish in the top 20 to book a place at the ATP Finals.

That would give him the opportunity to end 2022 with a flourish having started the year being deported from Australia over his controversial vaccination stance.

Astana Open: Djokovic beats Garin to storm into second round