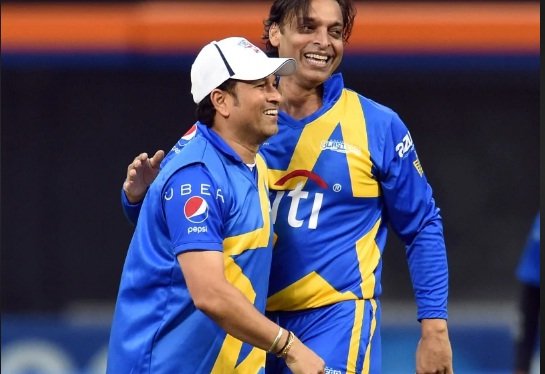 Kohli is widely regarded as Tendulkar’s second coming in Indian cricket and the ”Delhi Dasher” has already broken few records set by his idol as well.

Despite acknowledging Kohli as a modern-day phenomenon, Akhtar stated Tendulkar came up against tougher oppositions and that is why comparison cannot be made between the two.

“Tendulkar batted in the toughest era of cricket. If he had to get the chance now, he may hit more than 1.30 lakh runs. So it”s not good to make a comparison between Sachin and Kohli,” Akhtar said during a live video session on Helo app.

Akhtar also revealed he wanted Tendulkar to complete a century during their famous 2003 World Cup clash against India. Tendulkar got out on 98 with Akhtar accounting for his scalp. Riding on Tendulkar”s fine innings, India won the match by six wickets in Centurion.

“I was very sad because Sachin got out for 98. It was special innings, he should have touched the century mark,” Akhtar said. “I wanted him to get a century. For that bouncer, I would have loved to see a sixer, as earlier he hit.”

India, South Africa to play 3 T20Is at end of August if pandemic subsides