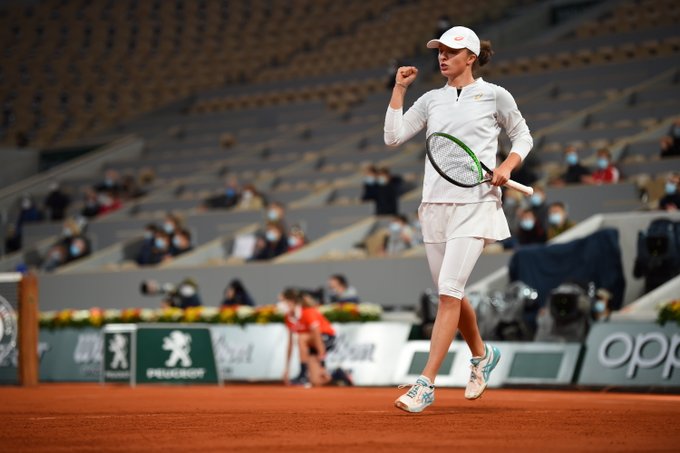 Rome: Polish teenager Iga Swiatek, who won the Italian Open on Sunday to add to last year’s French Open crown and the Adelaide Open this year, jumped six places on the WTA Tour rankings to enter the top 10 on Monday.

The 19-year-old player is now ninth, behind American legend Serena Williams, winner of 23 Grand Slams, on the list released on Monday.

Iga is the only new entrant in the Top-10 following her title triumph against the Czech Republic’s Karolina Pliskova in the Italian Open on Sunday. The top three slots continue to be retained by Australia’s Ashleigh Barty, Japan’s Naomi Osaka and Romania’s Simona Halep, respectively.

Prior to winning the French Open in October last year, Iga was ranked world No.54.

American teenager Coco Gauff also jumped five places — from 35 to 30 — to make her Top-30 debut after reaching the Italian Open semi-finals and position herself to earn a seeding at this year’s French Open.

Rome, May 17 (SocialNews.XYZ) Despite the hard-fought three-set victory over arch-rival Novak Djokovic of Serbia in the Italian Open final on Sunday, Spaniard Rafael Nadal continues to be at third spot on the ATP rankings, released on Monday.

Djokovic is way ahead of the pack with 11,063 points. Russian Daniil Medvedev continues to be ranked No. 2 in the world with 9,793 points, just 163 points ahead of Nadal, who would be aiming for a record 21st Grand Slam title at the French Open starting on May 24.

While no movement was seen in the top 10, it was a historic last week for Nadal in Rome in several ways. The Spaniard not only won the Italian Open for a record 10th time, he also tied Djokovic’s record for most career Masters 1000 titles at 36.

Nadal’s 7-5, 1-6, 6-3 victory over the Serb in the Italian Open final was his 22nd career win over a reigning No. 1, more than any man or woman in ATP or WTA rankings history, according to tennis.com

A day after achieving so many historic feats, Nadal started off his 817th career week in the top 10, passing American legend Jimmy Connors for the second-most career weeks in the top 10 in ATP rankings history.

The Spaniard now trails Switzerland’s Roger Federer, who is currently ranked eighth in the world.