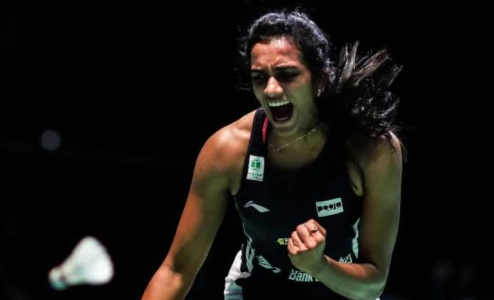 Reigning world champion Sindhu beat Ongbamrungphan in a match that lasted 43 minutes. This was Sindhu’s first win since the resumption of badminton after the Covid-19-induced break.

Sindhu now faces Malaysia’s Kisona Selvaduray, who had lost to Saina in the first round of last week’s Yonex Thailand Open.

Saina, meanwhile lost to Intanon 21-17, 21-8 in a match that lasted 30 minutes. Intanon raced to a 5-0 lead in the first game before Saina won four consecutive points to reduce the Thai’s lead to one point. Intanon kept ahead of the former world no.1, however, and eventually took the game with two consecutive points after the score was 19-17 in her favour. The second game was a much more one-sided affair, with Intanon restricting Saina to a single digit score and cruising to the second round.

In men’s singles, Srikanth, who showed impeccable shuttle control and court presence, dominated the match right from the start and gave Thammasin no say in the contest. The match lasted just 38 minutes before the Indian shuttler registered a 21-11, 21-11 win. Srikanth will now face third-seed Anders Antonsen.

In mixed doubles, Satwiksairaj Rankireddy and Ashwinin Ponnappa progressed to the second round after a hard-fought 23-21, 21-18 win over Denmark’s Niclas Nohr and Amalie Magelund in 40 minutes.

Sameer Verma also progressed to the next round in men’s singles category with a 18-21, 27-25, 21-19 win over Malaysian eighth seed Lee Zii Jia in an epic match that lasted one hour and 14 minutes. His brother Saurabh Verma, however, lost 16-21, 11-21 to Indonesian fifth seed Anthony Ginting.

Parupalli Kashyap was forced to retire just three points into his match against Rasmus Gemke of Denmark.