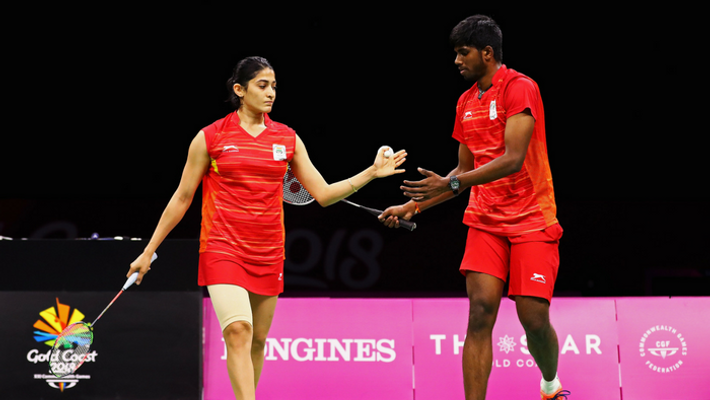 Bangkok: The Indian pair of Satwiksairaj Rankireddy and Ashwini Ponnappa on Thursday secured their berth into the quarter-finals of the mixed doubles event at the Toyota Thailand Open after getting past Germany’s Mark Lamsfuss and Isabel Herttrich in their second round contest.

Before Thursday’s match, the two pairs had faced each other just once where the Indians emerged victorious at the 2018 Badminton World Championships.

Earlier in the day, Sameer Verma also eased past Denmark’s Rasmus Gemke in straight games to enter the quarterfinals of the men’s singles event.

Verma defeated Gemke 21-12, 21-9 in the second-round contest of the Super 1000 tournament that lasted for almost 40 minutes.