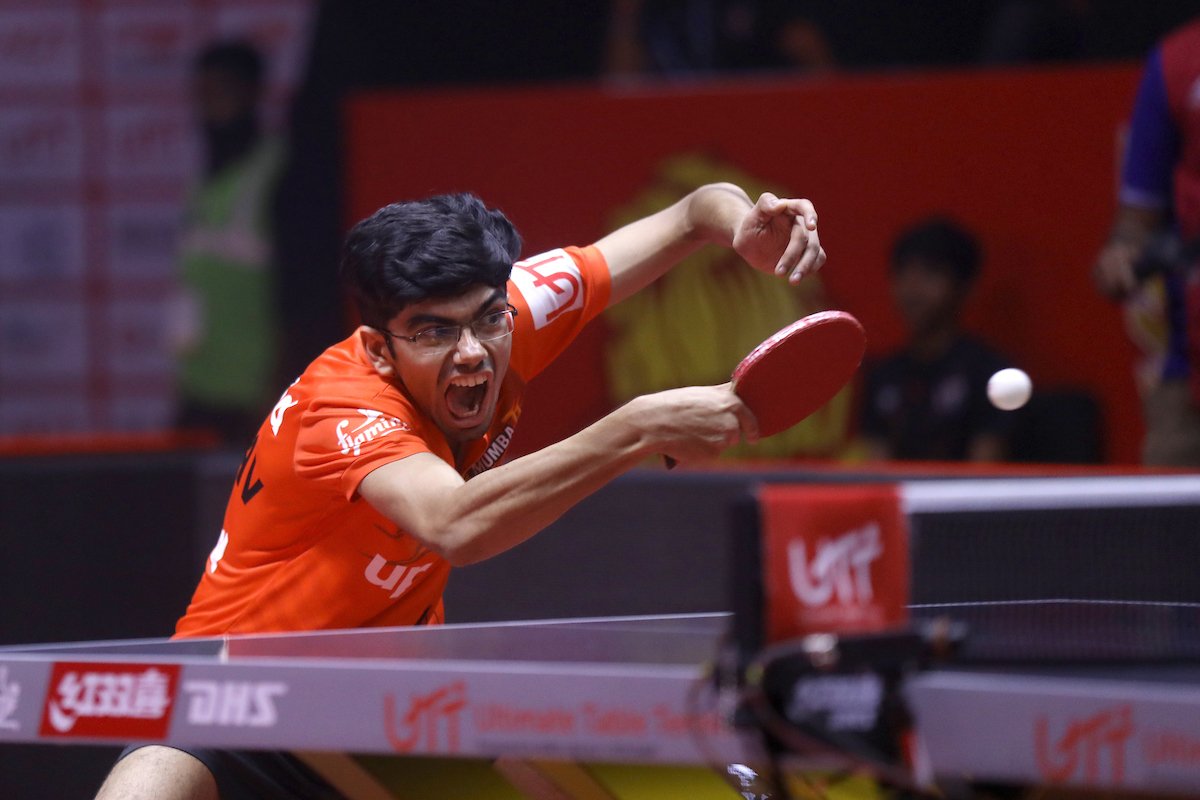 Manav Thakkar of team U-Mumba TT in action on Thursday.

New Delhi: India’s rising table tennis star Manav Thakkar pulled U Mumba from the brink to give his side a thrilling 9-6 victory here on Thursday. sports news

Down 2-4 after the first two matches, the Women’s Singles and the Men’s Singles, Manav and World No.11 Doo Hoi Kem clinched 3 points against RP-SG Mavericks Kolkata to set up his side’s second win in the tournament.

Even in this match, the Mixed Doubles, they were trailing 0-7 in the first set. But a series of attacking shots from Manav got them going, turning the tide and giving them a golden point set.

In the next two sets, they were right on top, stunning Sanil Shetty & Matilda Ekholm 11-6, 11-7 into submission. Manav was in his elements in the crucial reverse Men’s Singles too, getting the better of Sanil Shetty 2-1.

U Mumba needed just one point going into the final match. But Sutirtha Mukherjee did one better, surprising Manika Batra 2-1 to give her side a massive win. sports news

World No. 12 Hoi Kem played to her potential in the next for a dominant 11-3 win. The two matches shot for shot in the decider, before Matilda outwitted Hoi Kem 11-8. sports news

In the second, however, he failed to make the best of a 7-3 advantage and ended up losing on golden point. Duda went on to win the final set 11-7 to make it 4-2 for RP-SG.

Manav entered the fray, realising that everything rested on his slender shoulders. He was at the top of his game in both, the Mixed Doubles and the return Men’s Singles, which was enough for U Mumba to clinch the tie.

Rohit set to eclipse Gayle’s record of sixes in T20Is