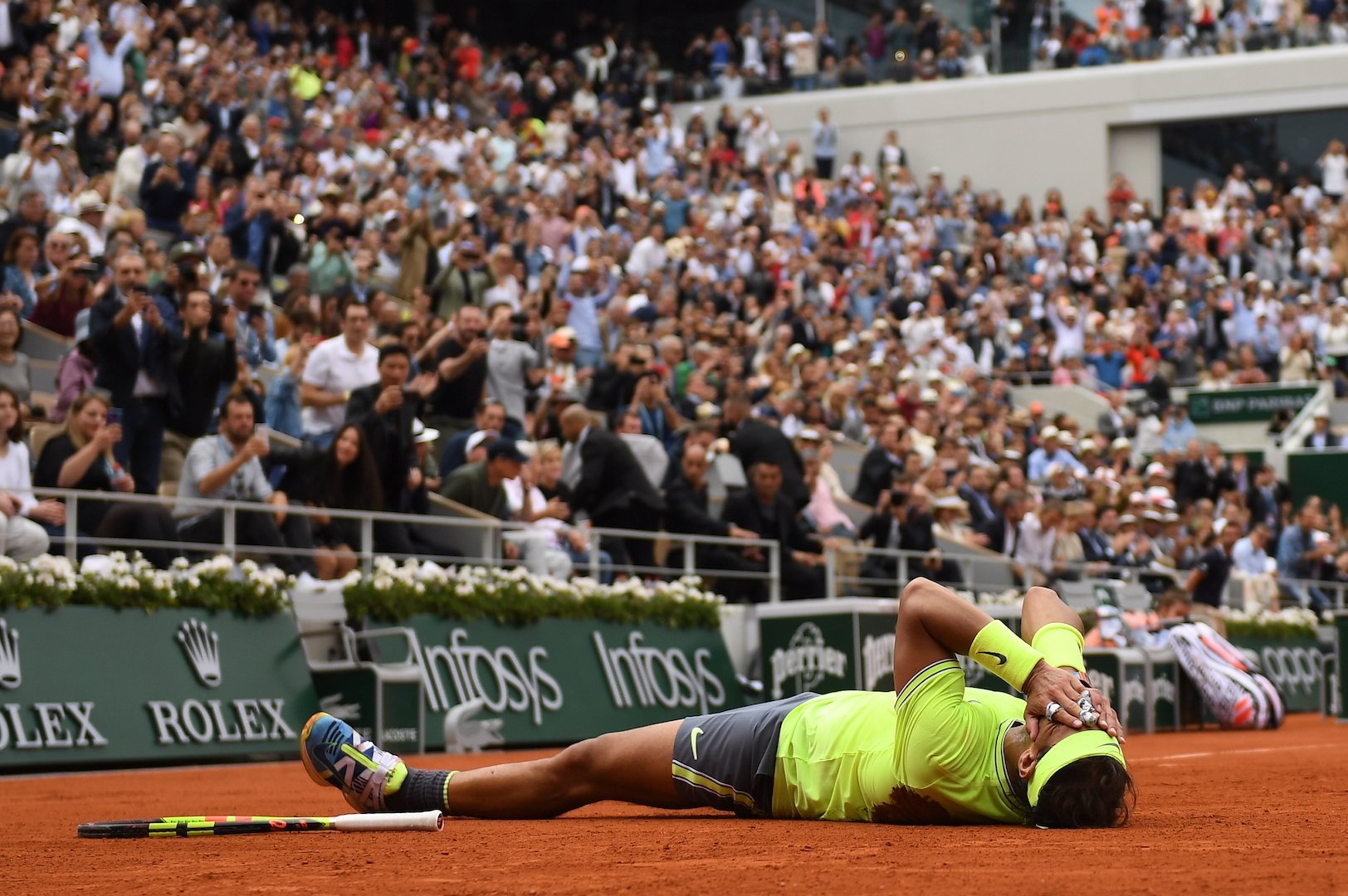 Rafael Nadal maintains his dominance over clay with a record 12th Roland Garros trophy, beating Dominic Thiem of Austria 6-3, 5-7, 6-1, 6-1 in the final

Toronto: Don’t let that headline above fool you.

Winning a point—just ONE point—in tennis will greatly test your physique and energy levels. You then have to do it at least four times to win a game. Far from over, because you need to win a set, and then—if you are still holding up well and seeing the light at the end of the tunnel—the match. Rinse and repeat with the hope of making progress in the event.

Oh… To those planning to retort, “Hit a big serve, easy, win the point.”, yeah, go on, try it… Get the ball cleanly over the net first, then within the permitted service box, whilst imparting enough speed and spin such that it is out of your opponent’s reach. Is your shoulder still in place? Just checking.

Winning any tournament, therefore, is in itself a huge accomplishment. Might I add that I didn’t even get to entry requirements such as rankings, or the quality of opponents in this ultra-competitive era, one’s own fitness/stamina, etc.

Given its demands, clay court tennis is perhaps the ultimate test for any player.
As is the prospect of facing this chap from Mallorca, who answers to the name Rafael Nadal.

And when you put Nadal on a clay court—let’s say, the final of a prestigious tournament such as Roland Garros—you are up against every possible odd. A gargantuan ask, if there ever was one.

Towering above the competition

Since 1995, twelve different players have won the coveted Coupe des Mousquetaires and reigned on the terre battue. And one of them alone has now won it twelve times. Just by himself. Which, in essence, translates to single-handedly winning a little over 9% of all titles since the first staging of the event 128 years ago (back in 1891).

Roland Garros is, clearly, not just Rafael Nadal’s backyard. And it is much more than just a palace or even a second home. It is his citadel. A fortress so secure that it has been breached only three times since 2005.

And while the three who did manage to write their names are decorated champions themselves, two of them who in fact compete with the Spaniard in the perennial “greatest of all time” debate, they have—more often than not—been forced to bite the red dirt on numerous occasions. The crushed earth is unforgiving and has seen many names fall victim to its demands. 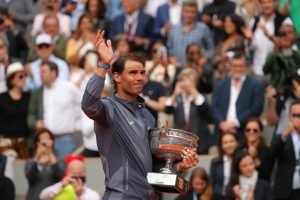 If there’s one thing clear while talking about Nadal’s exploits at this venue, it is the undisputed fact that his only opponent is history. Or perhaps just himself. Because only two other legends of the sport have, in the past, made Roland Garros their own but the Mallorca-resident has long since eclipsed both of them.

Such is Nadal’s surreal mastery of the surface that he is a perfect 105–0 in best-of-five-sets matches played on clay when he wins the first set. In other words, to even stand a chance to compete, the opponent must win the first set. But it doesn’t end there because while he lost the first set on just 14 occasions over the course of his career, he has still bounced back to win the match 12 times.

They call him King of Clay for a reason. Just ask Federer who had this to say after being put to the sword on semifinals day (June 7), “There is nobody who even plays remotely close to him.”

“Tearing up the clay”

When he lost at the US Open in 2016 (l. Lucas Pouille), many pundits and onlookers felt retirement was imminent. After all, Nadal, who had turned 30 that year, had last won a major on his beloved clay two years prior. Between winning the French Open in 2014 and returning to his first Grand Slam final since in 2017 (at the Australian Open which ended in defeat to Federer), he made just nine finals across all events: winning five, of which only two were Masters 1000 tournaments.

‘Talks’ therefore were inevitable. It isn’t without reason that they say writing off a champion is not the smartest of things…

Ever since Federer prophetically stated that his legendary rival would go on to “tear up the clay…” in 2017, following the pair’s faceoff in Miami, the southpaw has gone on to do just that. And how.

Commencing with the 2017 Monte Carlo Masters, Nadal is a staggering 71–5 in clay court tournaments. In the 15 events that he has participated during this stretch, he swept 10 of them—three Grand Slams, five Masters 1000 and two ATP Tour 500—and did not lose a final. What’s even more staggering? None of those five losses came before the quarterfinal.

The final: a mere footnote

The World No. 4 wasn’t new to this stage, having reached the final here last year as well—losing to, yes, that man again in straight sets. While he may have been a year wiser this time around, his punishing semifinal against Djokovic (which stretched over two days) wouldn’t have helped. And yet, the brave 25-year-old fought. After all, he has earned the right to be seen as the second-best clay court player over the last three years.

Thiem, who wields a single-handed backhand, is more Wawrinka than Federer when it comes to style and he knows how to rip the felt off a tennis ball. Heading in to Sunday’s clash, the 6’1” challenger was a respectable 24–5 at the French Open. Three of those five defeats coming to Nadal alone where he wouldn’t as much win a set. He had also beaten the famed incumbent a few times (at the Masters 1000 and ATP Tour 500 levels), that too on clay. But not quite on the clay and surroundings of Court Philippe-Chatrier.

Adrenaline and the powers of youth helped Thiem break in the first set, which he’d surrender soon after, and he even managed to sneak the second set. But instead of prolonging the contest, as it might have seemed at that point, it only brought a swifter end. And how: trod on and pounded to a pulp. Nadal barely breaking sweat as he stopped grinding and, instead, upped the aggression.

“I just came from heaven to hell…,” the vanquished Austrian would later reflect. “I closed [the second set] out 7-5… but Rafa stepped on me and that’s why he’s too good.”

‘12afa’, as social media saluted, is surely one of the greatest feats ever; irrespective of the sport. And a lasting testimony to the King of Clay’s other-worldly prowess on the terre battue.

Sharapova plans to return from injury at Mallorca Open

Karthik Swaminathan is a burgeoning sports analyst, his views on top-tier tennis and cricket events, including Grand Slams and the World Cup, have been featured on live television. Karthik has also been published on leading magazines and web portals such as Wisden, Golf Digest and Sports Illustrated. His other interests include astronomy, darts and anything tech.