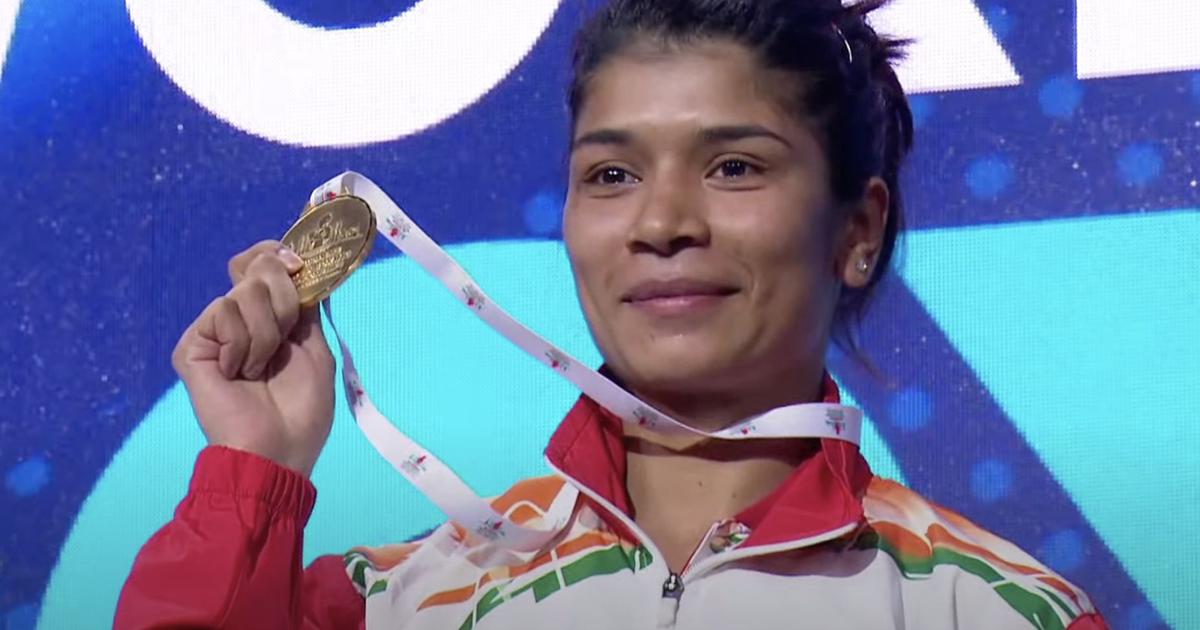 None other than legendary MC Mary Kom had asked in 2019, ‘who is Nikhat Zareen’? Cut to 2022, the Telangana boxer is a world champion.

Three years ago, Nikhat was pleading for a “fair trial” against Mary Kom ahead of the Tokyo Olympics after being denied a chance to compete in the trials for this very tournament and today she stands as a champion.

As the flyweight world champion’s name was called out on Thursday, Zareen jumped with joy, punching the air ecstatically.

She had finally done it. As the magnitude of the moment hit her, the tears began to roll down her cheeks. She had finally proven herself, shut down all her detractors.

Her slew of wins as a teenager had led people to hail her as a possible heir to the legendary MC Mary Kom’s throne and her recent victories have consolidated the view.

But it hasn’t been a pleasant journey for the 25-year-old as she had to battle with injury and her idol Mary Kom on and off the field in her formative years.

But she waited patiently in the wings to make the flyweight division, which has till now been dominated by the six-time champion, her own.

After the high of the junior world championship title a decade back, Zareen was dealt a major blow as she snapped her shoulder during a bout, forcing her out of the ring for nearly a year.

Still the plucky boxer was determined to establish herself at the elite level and she made a resounding comeback. Zareen picked up a bronze at the senior national championships and won the Belgrade International Championship in 2018.

The next year would turn out to be a rollercoaster for Nizamabad-based pugilist. She made her mark by winning the gold at the prestigious Strandja Memorial, Europe’s oldest international boxing event, and a silver at the Thailand Open but couldn’t get the better of Mary Kom, arguably the greatest woman boxer in history, in the India Open.

When the federation decided to send Mary Kom for the Olympic qualifiers on the back of her bronze-winning show at the world championships, Zareen wrote to then Sports Minister Kiren Rijiju demanding a “fair chance.” But a furious Mary Kom had asked ‘Who is Nikhat Zareen’? “I have been inspired by Mary Kom since I was a teenager. The best way I can do justice to this inspiration was to strive to be as great a boxer as her. And Mary Kom is too big a legend in sport to need to hide from the competition and not actually defend her Olympic qualification,” she had said.

Zareen’s request was heeded and a trial was announced much to Mary Kom’s displeasure, who claimed she was always ready for a trial and was doing what the BFI said but the youngster had dragged her name everywhere.

The much-anticipated bout, however, turned out to be a one-sided affair as Zareen lost 1-9 to Mary Kom. And to top it, there was no customary handshake at the end and the senior pro also rebuffed an attempted hug from her younger rival, leaving her in tears.

But the distasteful episode could not deter Zareen from gunning for accolades. With a bustling 2022, Zareen was right on the mark as she became the first Indian boxer to win two gold medals at the Strandja Memorial on the back of some impressive performances, including out-punching the Tokyo Olympics silver medalist in Febraury.

She continued her stellar run, giving India its first gold in four years at the World Championship. She dominated all her bouts.

With Mary Kom in her twilight years, Zareen’s win is quite assuring for Indian Boxing.