The tournament where stars are born: Subroto Cup burns bright

New Delhi: As head of talent spotting team for the Subroto Mukerjee Cup in 1992, Rohit Parashar was in a dilemma.

The top few spots in the list of talented footballers to be given government scholarships were usually reserved for players from the teams, who made the final. But Parashar was too impressed with amazing skills of one midfielder from a Sikkim school. The problem was the Sikkim school lost in quarter-finals.latest sports news in english

Parashar was an experienced coach, who served Sports Authority of India (SAI) for years. After much thought he decided to keep the number one spot in the list for the youngster. “This boy, Bhaichung Bhutia, is the finest I have seen in many years,” he told this correspondent then. 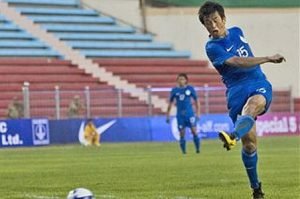 Bhaichung Bhutia first came into prominence in the Subroto Cup in 1992.

The rest, as they say, is history. They also say history repeats itself. Ten years later, in 2001, a Delhi school fielded a striker in Subroto Cup, who made everybody sit up and take notice. Again, the school lost in quarter-finals. Again, the boy, Sunil Chhetri, soon became the country’s best striker.

Recently, one All India Football Federation (AIFF) official was quoted saying Bhutia and Chhetri became footballers more by accident than design. It was perhaps not the wisest statement to make.

True, AIFF has been doing a decent job at the grassroots recently. But prior to that there were certain private platforms, who backed talents silently. And meticulously. Subroto Mukerjee Cup for schools is one of them.

Established in 1937, it took AIFF nearly 40 years to start its first under-16 tournament. Mir Iqbal Hussain Trophy was launched in 1976. In contrast, Subroto Cup started in 1960. For a long time, it was the only national level tournament to showcase talents.

Let’s take the example of Shyam Thapa, currently the chairman of AIFF’s prestigious technical committee. An Asian Games medallist, a legendary striker. Considered the most stylish footballer ever in Indian soccer. But old-timers are still not tired of talking about Shyam Thapa, the schoolboy. He created a stir for Gorkha Military School, Dehradun in 1964 Subroto Cup.

The Dehradun school won the Subroto Cup beating then AIFF general secretary Khalifa Ziauddin’s Anjuman-i-Islam school from Mumbai. Shyam was a pure sensation. Recruiters from all over the country were looking to get the boy for their respective clubs.

Anecdotes could be unending. They could be amusing, odd, sad or tragic. Most people don’t like to hear them. Those who like, they forget easily. Who remembers the country’s finest school football tournament was actually a brainchild of Wing Commander KK Ganguly? He developed and ran Subroto Cup for more than a quarter century. And almost singlehandedly. 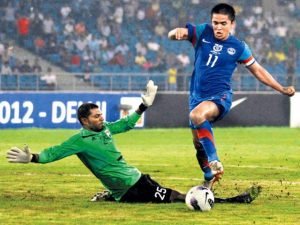 Sunil Chhetri was the 2001 Subroto Cup’s player of the tournament.

Ganguly was one of country’s finest soccer administrators in modern India. In the end, his exit from Durand Cup and Subroto Cup was rather unceremonious. But his contribution was colossal. Unmatched till date. Yet, he is a forgotten man in Indian football.

Currently managed by Group Captain Deepak Ahluwalia, Subroto Cup has expanded over the years. It has now two age group meets in boys’ category and a girls’ section, too. Foreign schools take part regularly. A huge platform indeed. The national body do send its spotters but how seriously the list is perused remains a question.

May be another anecdote could be added to explain the point. In 1993, Special Sports School from Tashkent finished runners-up. The team was accompanied by Uzbekistan’s national coach. Asked, he said it was important for him to watch how the juniors from his country were shaping up.