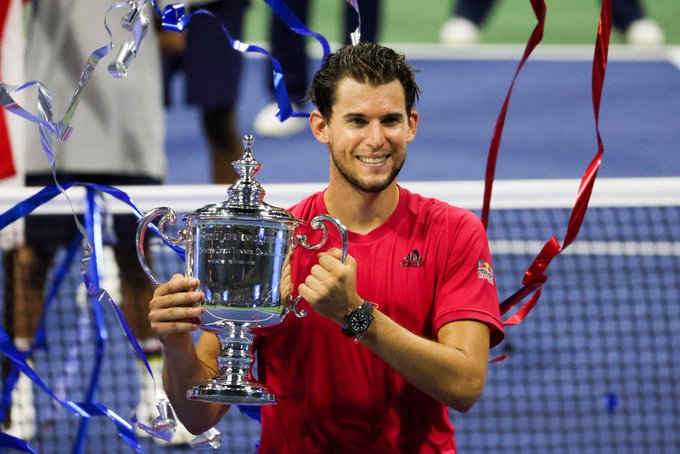 New York: Dominic Thiem completed an unprecedented comeback on Sunday at the US Open, rallying from two sets down and 3-5 in the fifth set to defeat Alexander Zverev 2-6, 4-6, 6-4, 6-3, 7-6(6) for his maiden Grand Slam title.

”We started to know each other back in 2014 and straight away started to develop a great friendship… and then a great rivalry,” Thiem said.

Just the fifth Grand Slam final in the Open Era won by a player who was two sets down.

“We’ve made great things happen on the court and off the court. It’s amazing how far our journey brought us to share this moment. I wish we could have two winners today. We both deserved it.”

Thiem joined Thomas Muster (1995 Roland Garros) as the only Austrian men to win a major championship.

He lost his first three Grand Slam finals, most recently in an epic five-set battle to Novak Djokovic at this year’s Australian Open.

It had to be like this – my career was always like the match today – many ups and downs and I love the way it turned out. pic.twitter.com/ksFDgIfws8

I don’t think it’s my last chance: Zverev after US Open loss