COVID-19: Group training cleared, decision on Serie A season by May 28

COVID-19: Real Madrid, Bayern and Inter to play in new tournament for charity

New Delhi: Former India coach Bob Houghton would offer a sarcastic smile whenever there was a mention of India’s large population and its untapped soccer talent. When he spoke, his tone hung somewhere between sarcastic and annoyed.

“You talk about 130 million people. Yet, your pool of footballers is smaller than a tiny European nation,” he once told this correspondent. “There are not more than 75 players from whom I can choose my national team. That’s not enough,” he argued.

Houghton’s irritation was easily understandable. There was no Indian Super League (ISL) during his tenure (2006-11). I-League had 10 or 12 teams. The regulation allowed each club to field maximum of three foreigners in the playing eleven. The number of frontline Indian footballers never crossed the hundred mark.

The situation has gone from bad to worse. Though it should be better because of two parallel leagues and bigger number of teams. Almost all top players play in ISL. It enjoys nearly cent percent monopoly in the national team.

Under the current regulation, each ISL team can have maximum of five foreigners on the field at any given time. It further shortens the national coach’s options. Arguably, the pool of footballers is reduced to 60. Nearly half of them get a call to the national camp. So much for a nation of 130 million!

There are other problems too. The number of top-tier matches in India have come down drastically. If not alarmingly. Two decades ago there was a situation when All India Football Federation (AIFF) felt footballers were playing too many matches. It issued a circular saying no top-tier footballer would be allowed to play more than 50 matches in a domestic season!

It was a circular in complete contrast to the present situation. A look at the list of national team players would reveal none of them played more than 25 matches (let’s make it 30) in a season for the last couple of years.

A national team footballer recently said: “I played 120 or more matches in the first three seasons of my career. Now I struggle find even 25 competitive matches in a domestic season.” Not exactly a huge compliment for calendar planners.

Sources say a technical person in the AIFF recently raised this issue in several internal meetings. He wondered how a 10-team closed league and just a six-month domestic season can take India to the world level. He questioned the lack of match practice for seniors and youth team policies too.

The latest information is that the person is being branded as a “difficult” person, who asks “unreasonable” questions. Not to be surprised if he is shown the door.

Is it an unwritten law that only footballers from the ISL are eligible for the national team? Well, one has no idea. Previously, coaches used to look for players beyond the national league. One would like to believe the policy is still in place. 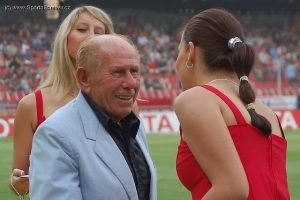 The visionary Jiri Pesek was bold enough to induct unknown but talented players into the Indian football team.

At least two coaches, who won I-League titles, felt the need of bigger pool of players. “Some talented footballers are there in I-League. They may still not be ready for the national team. But a few stints at the national camps could be good for the future,” said one of them.

Gone are the days when Jiri Pesek would spot a player in Himachal Santosh Trophy team and would induct him in national squad. Or an unknown teenager from Sikkim would straightaway be introduced at national level by the coach at his own risk.

Things have changed. Dramatically, post 2014. The stamp on the back is somewhat important. Though the difference in talent is not exactly huge. In fact, it is the lack of extraordinary talent (barring a few) is adding to the problem.

In 2019, India is a market-driven country. There is no place for welfare measures. Call them inept, call them unprofessional, but they know how to count their money. Football is part and parcel of society. Things can’t be different here.