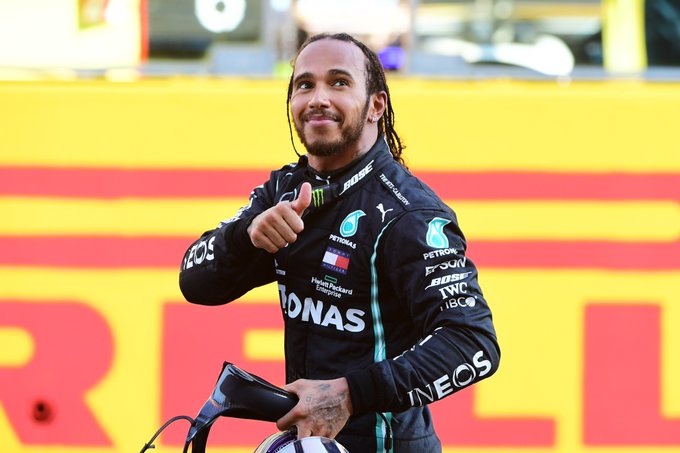 Sakhir (Bahrain): Defending Formula One champion Lewis Hamilton has said that the thrilling season-opening Bahrain Grand Prix, in which he beat Max Verstappen in the final lap, promises excitement for fans this year.

Hamilton finished just seven-tenths ahead of Verstappen in Sunday’s race which promises a close contest this year.

“I’m super excited and super happy for the fans, that they are excited. I think it’s something that all the fans have wanted for a long time.

“Of course, this is only one race, so we don’t know what the future holds in terms of… the pace they have; they could be ahead a lot more, but we’re going to work as hard as we can to try and stay close in this battle and I hope for many more of these sorts of races with Max [Verstappen] and Valtteri [Bottas],” Hamilton was quoted as saying by www.formula1.com.

“There’s a long way to go, 22 [races] holy crap! I’ll be grey by the end of this!” Hamilton added jokingly.

The British driver warned that this will be one of the toughest seasons given Red Bull’s pace that saw Verstappen take pole position for the Bahrain GP.

“Honestly, I don’t recall how close the other seasons were exactly but this has got to have started off as one of the toughest, if not the [toughest],” Hamilton said.

“I think Red Bull’s pace is incredibly strong, as you could see. We can’t match them in qualifying right now. That’s a big, big step for us but obviously I thought we could get closer within the race — but that was a little bit too close for my liking.”

Mercedes ‘under no illusions’ as F1 heads to Imola