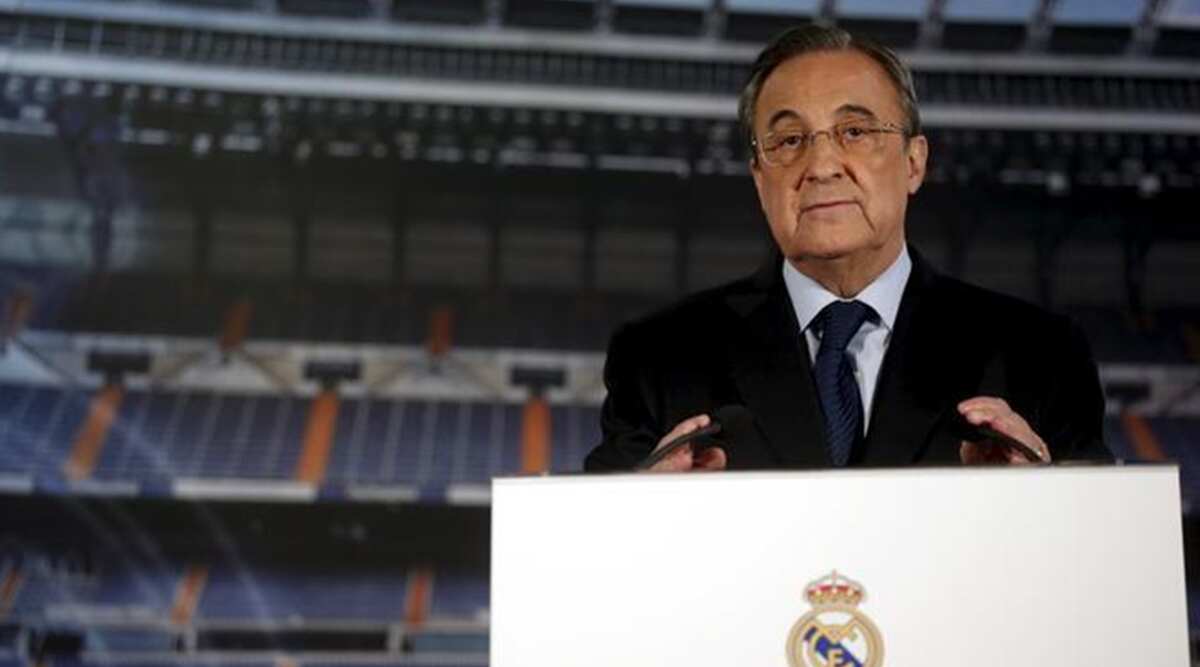 Madrid: Florentino Pérez, the founding chairman of the Super League, on Tuesday said the new competition is being created to save soccer for everyone, not to make the rich clubs richer.

The president of Real Madrid, one of the 12 clubs behind the breakaway competition that would compete with the Champions League, said there was a campaign by those who would “lose their privileges” because of the Super League to make make the concept look bad.

“We have to explain to everyone that this is not a league for the rich clubs,” Pérez said in an interview broadcast after midnight on the Spanish television program El Chiringuito de Jugones. “It’s a league to save all the clubs. Otherwise, soccer will die.”

He downplayed UEFA’s threat to ban players of the participating teams from the European Championship and next year’s World Cup.

“They can be assured that this won’t happen,” Pérez said. “It’s not going to happen. We won’t get into the legal aspects of it, but it won’t happen. It’s impossible.”

He said the new league likely won’t start next season if no deal is reached with European soccer’s governing body. He also didn’t completely rule out the possibility that the new league won’t get started at all, but indicated that the clubs were prepared to go all the way to make it happen.

Pérez, the first of the club presidents to speak publicly in an interview after the proposed league was announced on Sunday, said clubs were “ruined” financially by the coronavirus pandemic and the Super League was the solution to “save soccer in a critical moment.”

“We are all going through a very difficult situation,” Pérez said. “When you don’t have revenue, the only way to change that is to try to have more competitive games, more attractive games.

Pérez said the new Champions League format proposed by UEFA for 2024 won’t produce enough revenue to help save the sport.

“With the way the revenues are now in the Champions League, all clubs will die,” Pérez said. “The big ones, the medium ones and the small ones. By 2024, when this new format is supposed to begin, the clubs will all be gone.”

The Super League proponents argue that the greater revenue brought in by the bigger clubs in a new competition would benefit the soccer industry in general.

“This is what is profitable,” Pérez said, “and this money will end up reaching everyone.”

But fan groups, leagues and governments across the continent and the game’s European establishment have already begun pushing back, some condemning the rebel clubs for what they consider to be a self-serving move that would only benefit an elite group.

Aleksander Ceferin, the president of European soccer’s governing body, UEFA, likened the proposal to “spitting in football fans’ faces” and with backing from FIFA, soccer’s international governing body, warned that players on Super League teams might be barred from the World Cup.

Pérez responded by calling for more “transparency” at UEFA and saying the entity needs to change. He criticized Ceferin for his “insults” and “threats” against the Super League clubs. Ceferin on Monday called Juventus president Andrea Agnelli “a snake.”